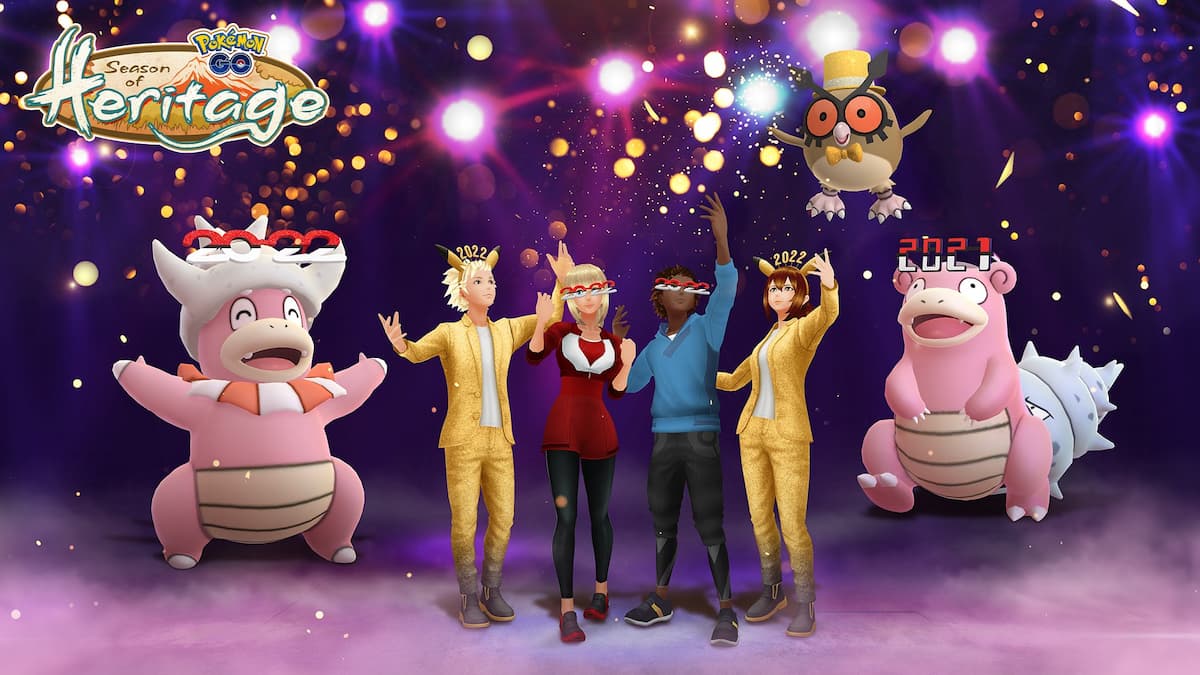 The annual Pokémon Go New Year’s event is once again set to run from Dec. 31 to Jan. 4, keeping with the previous year’s theme of adding a new costumed variant of the Slowpoke evolution line and adding another element of the Season of Heritage to players around the world.

Not only will there be new content, exclusive in-game bonuses, and event-themed avatar items available, but players can also enjoy an in-game fireworks display from 11pm local time on Dec. 31 to 12am local time on Jan. 2.

For the Season of Heritage, Team Instinct’s leader Spark is taking the reigns heading into January, throwing a party following a special gift exchange. This will attract nearby Pokémon to join in on the celebration, including a handful of costumed Pokémon.

Here is a full list of the costumed Pokémon that will be making an appearance during the New Year’s 2022 event, and whether you can obtain their Shiny variants.

These costumed Pokémon will be appearing in the wild, raids, and hatching from 7km Eggs.

In addition to the costumed Pokémon and event clothing, players will double the Stardust and Candy for hatching Eggs, and the Egg Hatch distance has been halved for the duration of the event. New Timed Research will also be available to complete for added bonuses and encounters too.