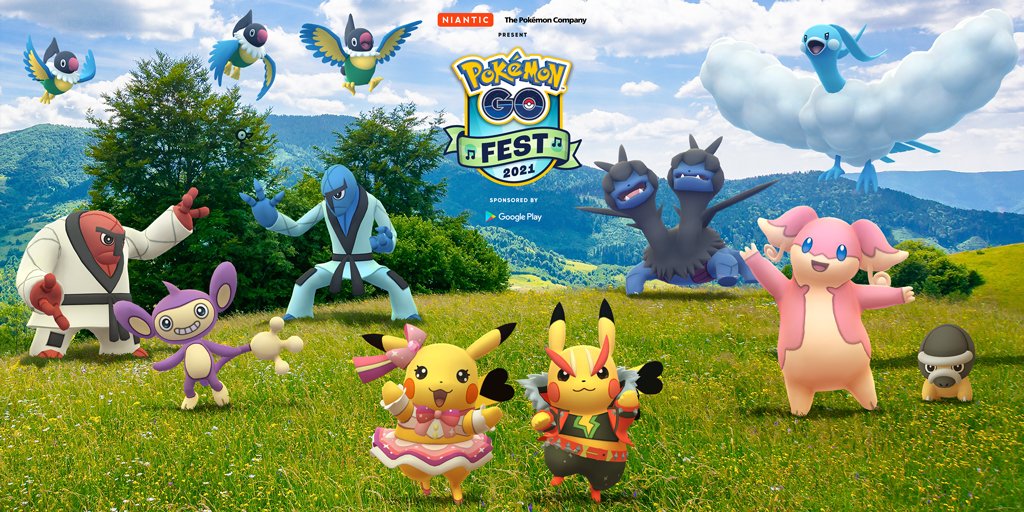 New information about this year’s big Pokémon Go Fest event is starting to come out and Niantic has revealed that habitats will be returning.

For those who didn’t take part in last year’s event, habitats are basically hour-long changes to the game that spawn a bunch of new Pokémon to collect. Some of the habitats that will be appearing this year include:

There will also be raids that will feature Hitmontop, Cranidos, Deino, Costume Galarian Ponyta, and Costume Galarian Zigzagoon throughout the entire first day. Pokémon including Chimecho, Kricketot, Audino, and a costume Pikachu will appear during the first day of festitivities, too.

Global challenges will be making their way back to the mobile title as well to tie in with the return of habitats. Trainers will have to work together to complete them and spawn in some extra goodies, including:

On day two, Pokémon Go Fest will move away from habitats and become a raid-focused event instead. All Pokémon that spawned on the first day will also appear on day two.

There’s a lot more information still to come from the event, but Pokémon Go Fest kicks off on July 17 and ends on July 18. Tickets are available to purchase in the app now.