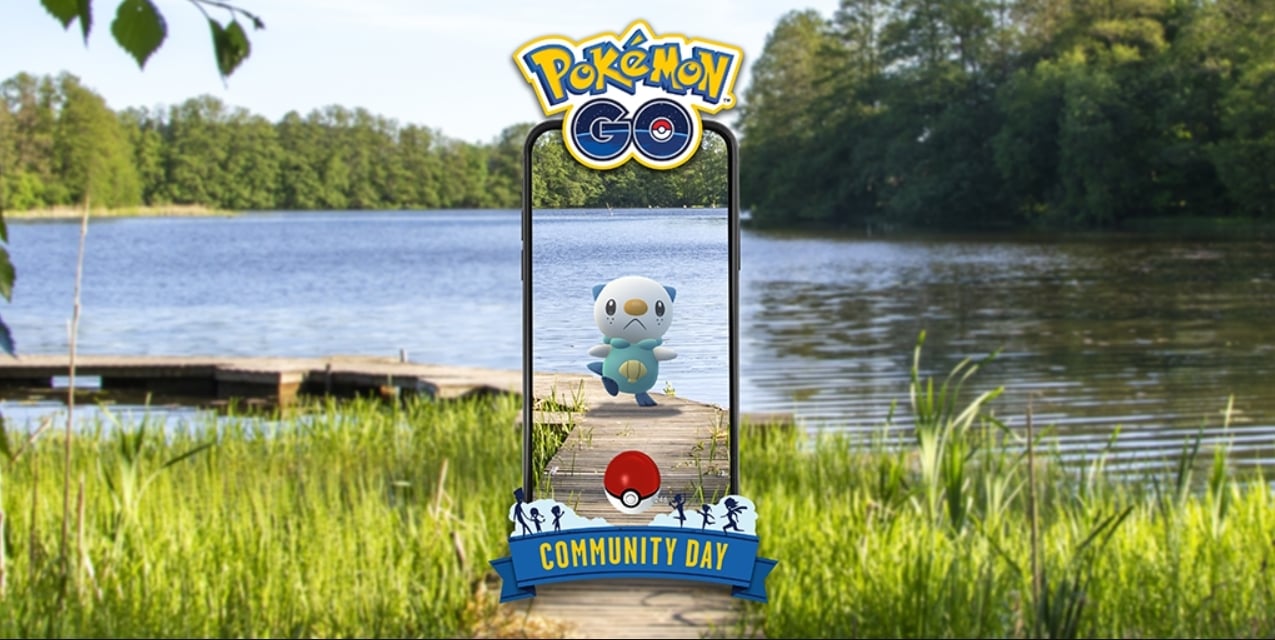 The Unovan Community Day trifecta will be completed in September with Oshawott making an appearance as the featured Community Day Pokémon in Pokémon Go.

Running from 11am to 5pm local time on Sept. 19, players will be encountering the Sea Otter Pokémon more frequently, with shiny Oshawott also available.

Oshawott will be appearing all over in the wild and attracted to active Rainy Lure Modules. That means you can camp out at a PokéStop, pop a Rainy Lure Module, and watch the otters flood in.

Just like with most starter-centric Community Days, evolving an Oshawott or Dewott into Samurott during the event will get you one that knows Hydro Cannon. As a bonus, Samurott will also gain access to the Charged Attack Razor Shell during the event—and it’ll be available after the event, too.

Prior to and during the event, players will be able to purchase a $1 ticket to access the event-exclusive Special Research story, From Scalchops to Seamitars. This will also give players a Rainy Lure Module as a reward.

Throughout Community Day, players will get triple capture XP and any Incense or Lure Module activated during the event will last for three hours instead of the usual one. There will be a special one-time-purchase Community Day Box available for 1,280 PokéCoins, featuring 50 Ultra Balls, five Lucky Eggs, five Rainy Lure Modules, and an Elite Fast TM too.