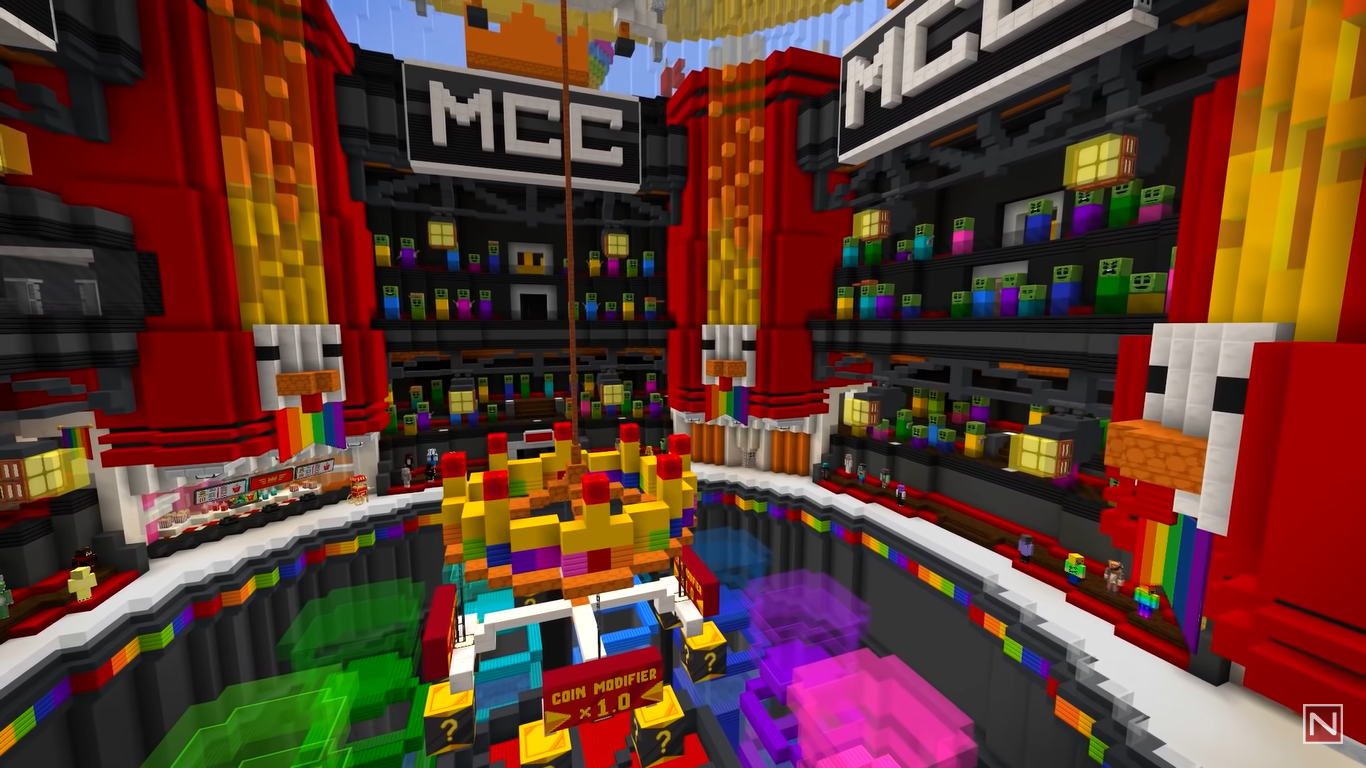 The next installment of everyone’s favorite Minecraft tournament will run on June 18, with the spotlight of this run of the event focused on the LGTBQIA+ community. Ahead of the next MC Championship (MCC), Noxcrew has launched a donation page where the community can donate to The Trevor Project.

Although this is a special installment of MCC, the event will mostly run as it usually does with 10 teams composed of four creators each battling it out over the course of eight Minecraft mini-games to try to be one of the two that make it to the final Dodgebolt duel. The top two teams then compete head-to-head to see who can secure ultimate victory in the tournament.

As donation goals for The Trevor Project are reached on the official donation page, various rewards and changes for MCC Pride will be unlocked. There are both smaller rewards, like alterations or additions to the MCC hub, as well as bigger ones, like full-on remixes for MCC games.

Each of the big donation targets will focus on a potential remix for an MCC game that will be played during MCC Pride if the target is reached. Noxcrew has four targets and thus four remixes planned if the donation goals are hit. The first big donation target will unlock a remix of Grid Runners called “Grid Runners: Mission Mix-Up,” which will switch the objectives for each of the rooms in Grid Runners.

Grid Runners is a teamwork-centric game that launches all 10 teams into an obstacle course-like set of rooms identical to those the other teams are also completing. Teams must work together to navigate through the course as quickly and efficiently as possible while also solving what needs to be done in each room to unlock the next one.

Players have come to know based on how a room looks what objectives they will need to complete, which means that if the donation goal is reached, those watching their favorite competitors on MCC day will likely enjoy some confusing chaos unfolding during Grid Runners. The other possible MCC game remixes have not been unveiled yet and likely will not be revealed until the Grid Runners remix goal has been hit.

Donation goals can be hit up until the day and time MCC Pride begins, which gives the community a little over one week to reach the goals. Those hoping to watch MCC Pride can tune in by watching their favorite creator’s channel or watching from the administrator’s point of view on the official Noxcrew Twitch page on June 18 at 2pm CT.