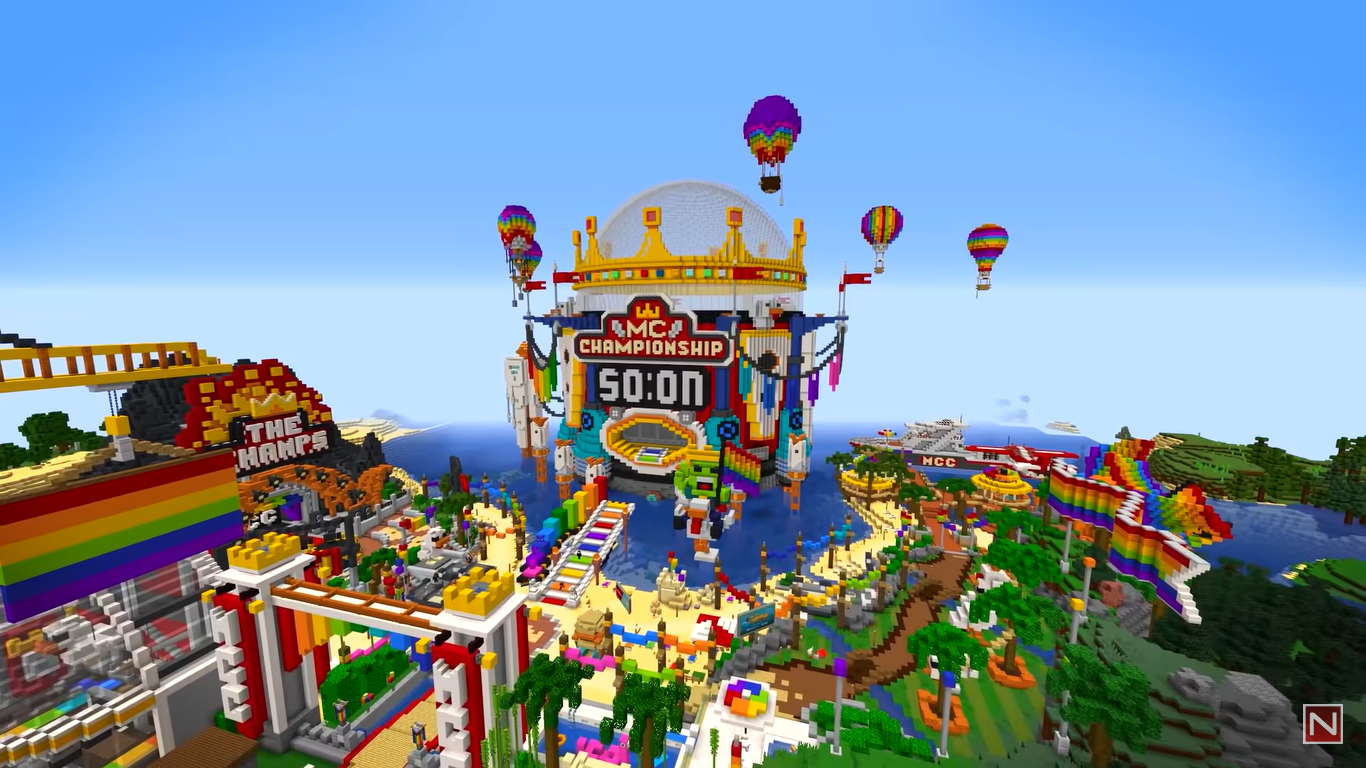 Noxcrew is bringing back non-canon MC Championship (MCC) events in June, running the second iteration of MCC Pride in partnership with The Trevor Project, a nonprofit focused on suicide prevention efforts among LGBTQ+ youth.

Running on June 18, the Minecraft tournament will highlight new and returning players within the LGTBQIA+ community while raising money in the Decision Dome.

Last June, Noxcrew hosted MCC Pride 2021 and helped raise over $300,000 for The Trevor Project, including a $100,000 donation from the event’s main sponsor, YouTube Gaming. Smajor confirmed on Twitter that YouTube is not sponsoring this year’s iteration of the event, but the event is bigger now than it was last year, which should lead to that goal being shattered while teams compete in a somewhat normal event.

Even though this is a “non-canon” MCC, which means the scores will not count toward players’ overall wins, totals, or the Hall of Fame, the format remains largely the same. Forty Minecraft creators will form 10 distinct teams and compete in a lineup of mini-games. The only real differences will likely be the design of the Decision Dome, other aspects of the MCC hub, and game maps being changed for the event as well as a higher number of new players taking part in the festivities.

Most of the competitors participating in MCC Pride 2022 will be members of the LGTBQIA+ community, according to Smajor’s thread of tweets about creating the teams for this run of the event. In one of the tweets he shared discussing his team making plans for the event, Smajor said his goal is to have “at least 50 percent” of the players participating be members of the LGTBQIA+ community.

More details about MCC Pride 2022, including any additional prizing, partnerships, or information on competitor requirements, will likely come in the future.

The official teams for MCC pride are as follows, update as they are revealed or changed.