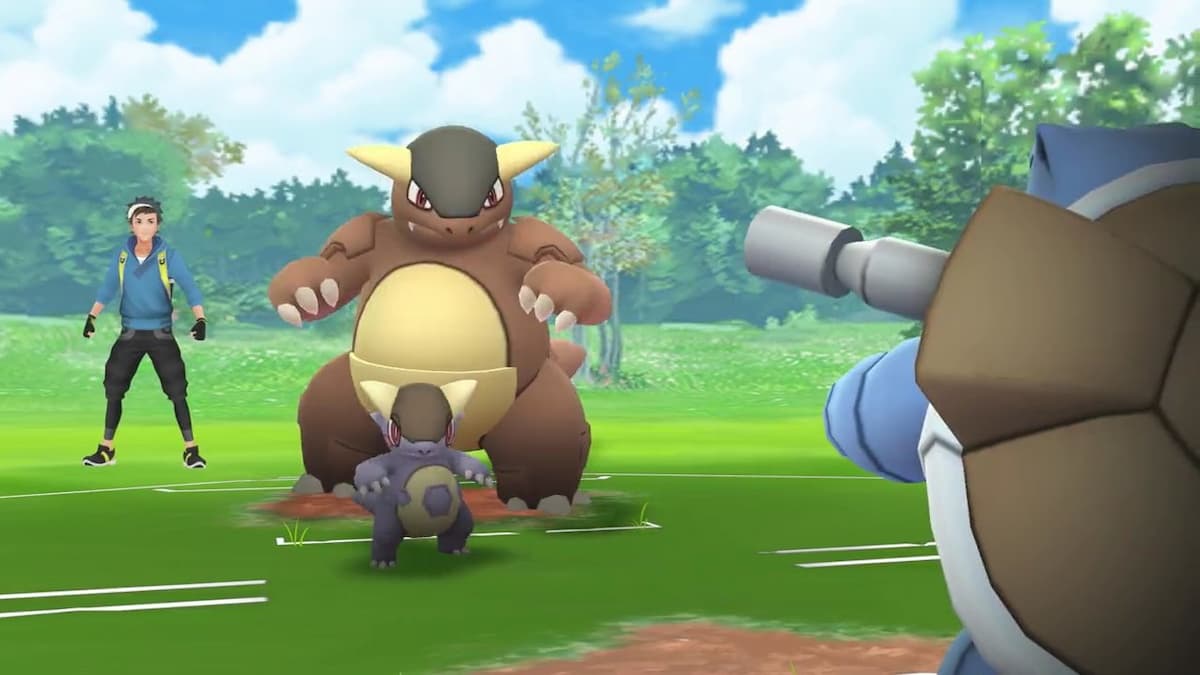 Niantic has teased Mega Evolution being added to Pokémon Go Battle League, though no other information has been detailed.

In a short video posted on the game’s social media channels, players get to see Mega Kangaskhan in a typical battle setting, facing down a Blastoise that could Mega Evolve in a full trailer for the reveal.

Prior to this, Mega Evolution had only been available to use in raids, Gym battles, PvE battles, or against trainers in non-GBL matches. Whether this is because Niantic didn’t want to add the feature to Pokémon Go’s competitive mode at the time or felt that the increased Combat Power would create an imbalance is unclear.

Regardless of previous implementations, it is clear from this tease that the developers are moving forward with adding another mechanic to GBL. The addition should give the game even more depth on a competitive level, since it leans into that aspect of gameplay more and more heading into the 2022 Pokémon World Championships.

This will also continue Niantic’s ongoing reworks of Mega Evolution as a mechanic, which received a massive overhaul in April. The adjustments included changes to how Mega Energy costs and other aspects worked.

This was followed by an influx of new Mega-related content, such as the first Legendary Mega Pokémon finally being added to the game in Mega Latias and Mega Latios. Now, the door is open for other Legendary Pokémon to get their Mega Evolutions in Pokémon Go, along with the continued inclusion of the remaining regular Mega Pokémon as well.

Additional details about Mega Evolution and how it will be implemented into the GBL will likely be revealed later this week.