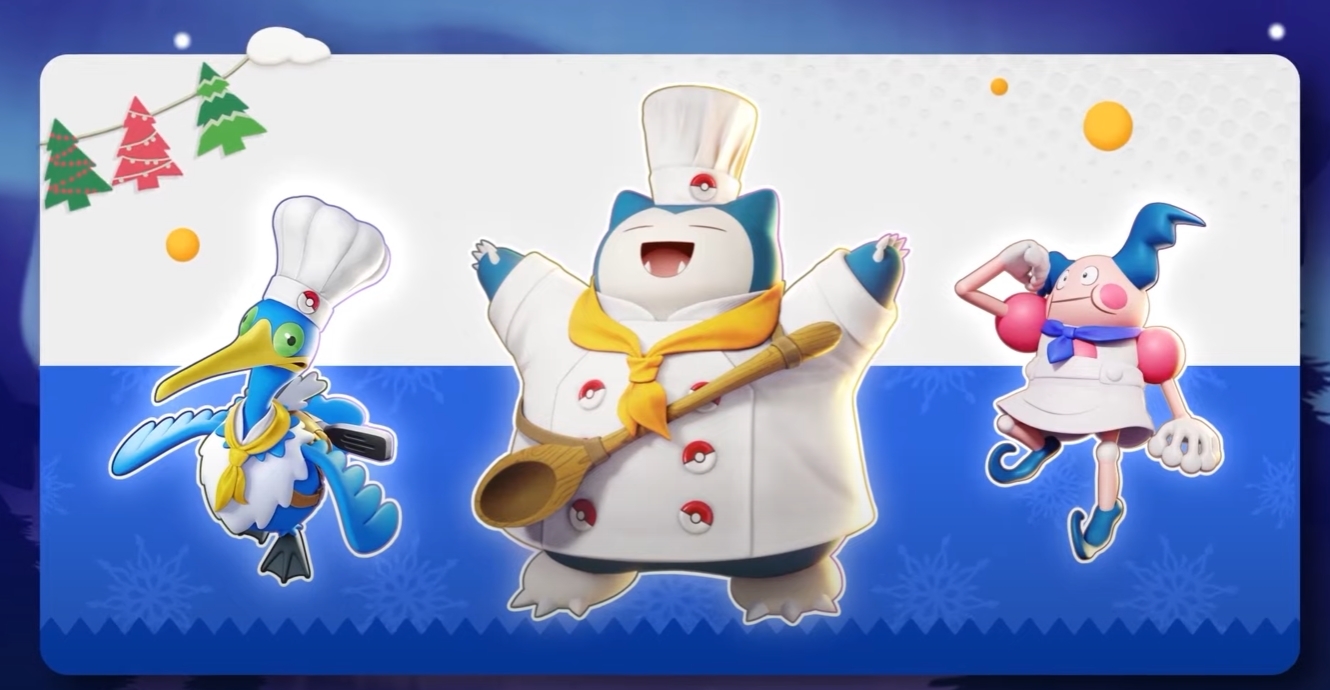 With the scheduled downtime, Holiday Event, and two new Pokémon being released for Pokémon UNITE, the most recent update for the MOBA has a lot of data stored inside that won’t be pushed live immediately.

Even as the game is down for maintenance, dataminers were able to access all of the new files, finding assets for the new event, unannounced Holowear, and details about both Tsareena and Dragonite that have not been widely released yet.

The biggest single find in this datamine is regarding some potential new Battle Items that could be added soon. Battle Items are multi-use items that give players specific boosts or effects during gameplay, but unlike the more stat-impacting Hold Items, no new Battle Items have been added since UNITE launched—outside of the Pumbkin Toss/Push during the Halloween Events special game mode. The datamine found 10 new item images, however, and nine of them seem to be non-event Battle Items.

The effects still aren’t known, but here are the new Battle Item images that were discovered and are likely to be added at some point in the coming months.

Tsareena’s entire moveset, which includes another version of Razor Leaf and Trop Kick were also included. But the more interesting piece of data surrounds Dragonite because we now know all about the newest Pokémon that was just announced earlier today.

For a moveset, it appears Dragonite will have access to Dragon Breath and Twister to start as Dratini, which will then evolve into Dragon Dance, Hyper Beam, and Outrage at some point as the Pokémon also evolves. There is also apparently data pointing to Marvel Scale being a move, while Multiscale is the passive ability.

As expected, lots of data for the Holiday Event, which begins on Dec. 15, is included in the data like the new Santa Pikachu, Holiday Crustle, and various Cook and Santa Hat Holowear options. The new Wild Pokémon such as Articuno, Delibird, and Beartic are also included along with many of the event-exclusive items that players will be able to collect.

Other new Holowear was also discovered in the data, including a new Musician Holowear for Pikachu and Absol, a Sport set for Zeraora and Greedent, and more.

Not all of this information has been officially confirmed, but the mix of already announced content that is included along with visual evidence makes a lot of this information more viable. However, we will still need to wait for more details from TiMi Studio to be sure.