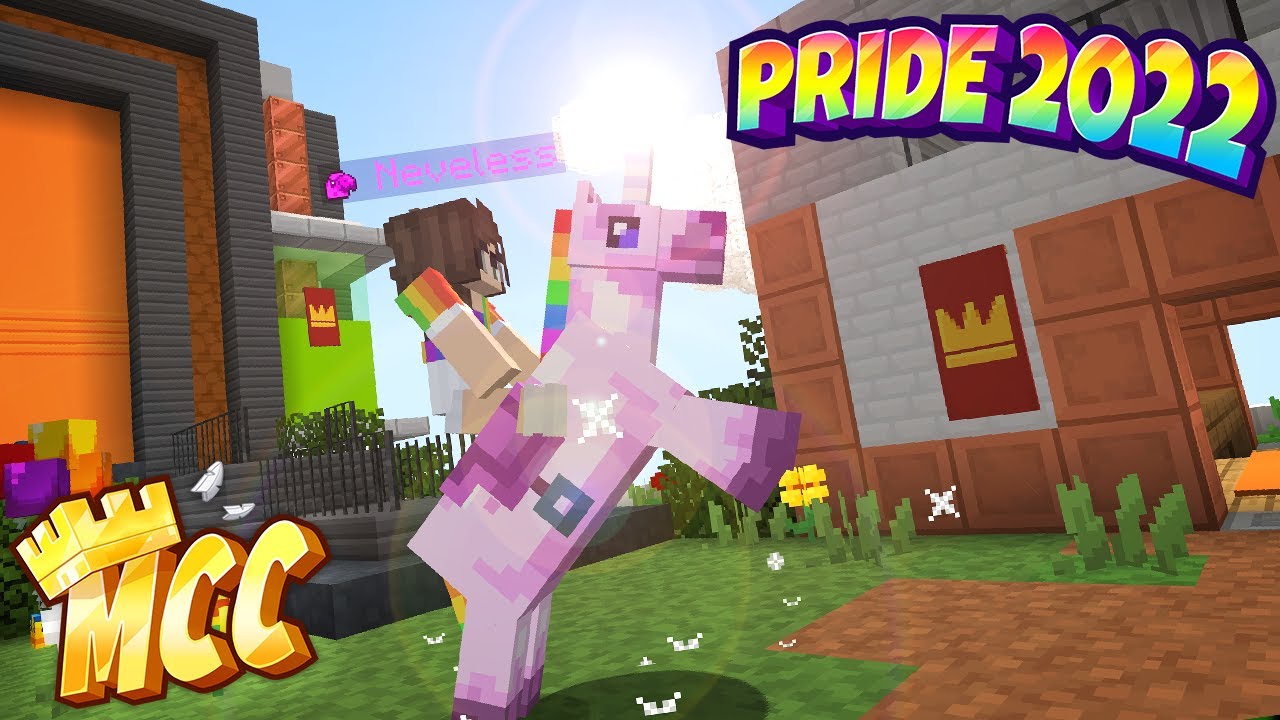 MC Championship (MCC) Pride replaced a regular installment of MCC for June to shed light on an important cause and raise money for charity. The Minecraft tournament will take place over about two hours on June 18 and features 10 teams participating in a series of eight mini-games to help raise money for The Trevor Project.

Although MCC pride is non-canon, which means that the scores and placement do not count to the regular canonical totals and standings players hold, the general structure and format of the event is the same: 10 teams are brought together to play eight Minecraft mini-games to be one of the top two teams to then secure victory in the finale Dodgebolt duel.

MCC Pride also had unique donation goals leading up to the event, which could alter the event. In addition to smaller changes, such as cosmetics and unicorns, full-on game remixes for half of the games played in MCC Pride will take place due to hitting donation goals.

For fans hoping to keep up with the events’ scores and placements, here is a complete live breakdown of the games played and scores updated as the event airs.

MCC Pride kicked off with Grid Runners, which featured a special remix of the event. The tasks needed to complete each room were swapped around and mixed up, which caused a bit of confusion and chaos among the teams as they were used to certain rooms having the same specific tasks in every event previously.

The second game of MCC Pride was Parkour Tag. Parkour Tag ran as it usually does, with ten teams going head to head, outlasting and tagging the other teams on a special Pride-themed map covered in rainbows to celebrate the tournament’s theme.

MCC Pride’s third game was another special remix that was unlocked by charity donations. Survival Games ran as a usual epic battle between all ten teams in a massive arena with the ultimate goal of being the last team standing with the most coins gained. The special remix of Survival Games added adorable animals that teams could collect and spawn to help them fight against opposing teams. It also took place on a Pride-themed map.

The fourth game of MCC Pride was Battle Box. In Battle Box, the teams face off in a player-versus-player combat-centric duel throughout nine rounds. In addition to eliminating the opposing team, players must also try to capture the arena by placing nine blocks of their color wool in the center. MCC Pride’s Battle Box featured special rainbow bows and a rainbow arena.

MCC Pride’s sixth game was a special Pride-themed version of Ace Race on a colorful map representing different parts of the LGTBQIA+ community. Ace Race is a three-lap race around a complex track with jump boosts, shortcuts, elytra flying sections, speed boosts, trident elements, obstacles, and other aspects that players must navigate while trying to finish as fast as possible.

The seventh game in MCC Pride was Hole in the Wall, which featured another game remix. Regular Hole in the Wall gameplay features all players on one platform navigating through complex puzzle walls to be the last one left standing. The special remix of Hole in the Wall that was unlocked through charity donations allowed eliminated players to randomly gain a mob spawn egg they could throw into the arena of alive players. This sabotaged players and incited massive chaos as sometimes the mob was something harmless, like a pig, while other times it was much more dangerous, like a skeleton.

The final game of MCC Pride before the finale Dodgebolt duel between the top two performing teams was To Get to the Other Side and Whack a Fan, more commonly known as TGTTOSAWAF. TGTTOSAWAF also had a special remix that allowed players to stack on each other indefinitely and ride their way across to the other side. However, other players could also hit and knock each other off, resulting in many deaths and mayhem.

The final coin totals across the eight Minecraft mini-games played for MCC Pride are as follows. The Aqua Axolotls and the Red Rabbits were the top two scoring teams and will face off in a finale Dodgebolt duel to see who will claim the crown.

The finale Dodgebolt duel was a showdown between the Aqua Axolotls and the Red Rabbits. Dodgebolt is an arena duel with only bows and arrows where the two teams must try to eliminate the entire opposing team three teams successfully.

The Red Rabbits won the Dodgebolt duel finale with a score of 3-1.