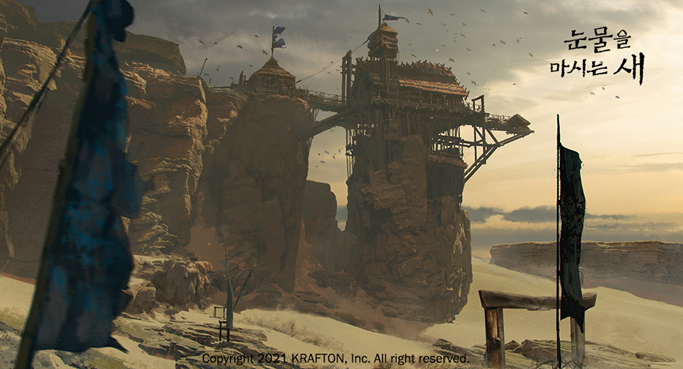 Krafton is continuing its IP expansion with Project Windless, a game that will mark the start of a larger multimedia franchise based on the Korean fantasy novel series, The Bird That Drinks Tears.

This will slot right in with Krafton’s other recent acquisitions, like mobile game development company Dreamotion, and the continued development of titles in the PUBG universe, while the company works to build upon more properties.

The Bird That Drinks Tears is a fantasy novel series that was created and written by Lee Yeong-do, otherwise known as “the pioneer of the Korean fantasy genre.” He’s one of the best-selling fantasy writers in Korea, having sold millions of copies across multiple series.

For this project, Krafton has brought on legendary concept artist Iain McCaig, best known for his work on Star Wars, Avengers, Harry Potter, and Terminator, to help visualize and expand the universe.

“Krafton has found something special in Yeong-do Lee’s The Bird That Drinks Tears,” McCaig said. “I am honored to help visualize this amazing world and its characters, in addition to helping introduce the novel to a larger global audience. The collaboration with Krafton is among the best I have ever experienced. I look forward to our further adventures, and to making Yeong-do Lee proud.”

McCaig’s work will be used as a foundation to build out a larger world from the Korean novelist’s original creative vision. It will all be developed under the Project Windless title, which encompasses the game and other creative works that will be shared in the future.