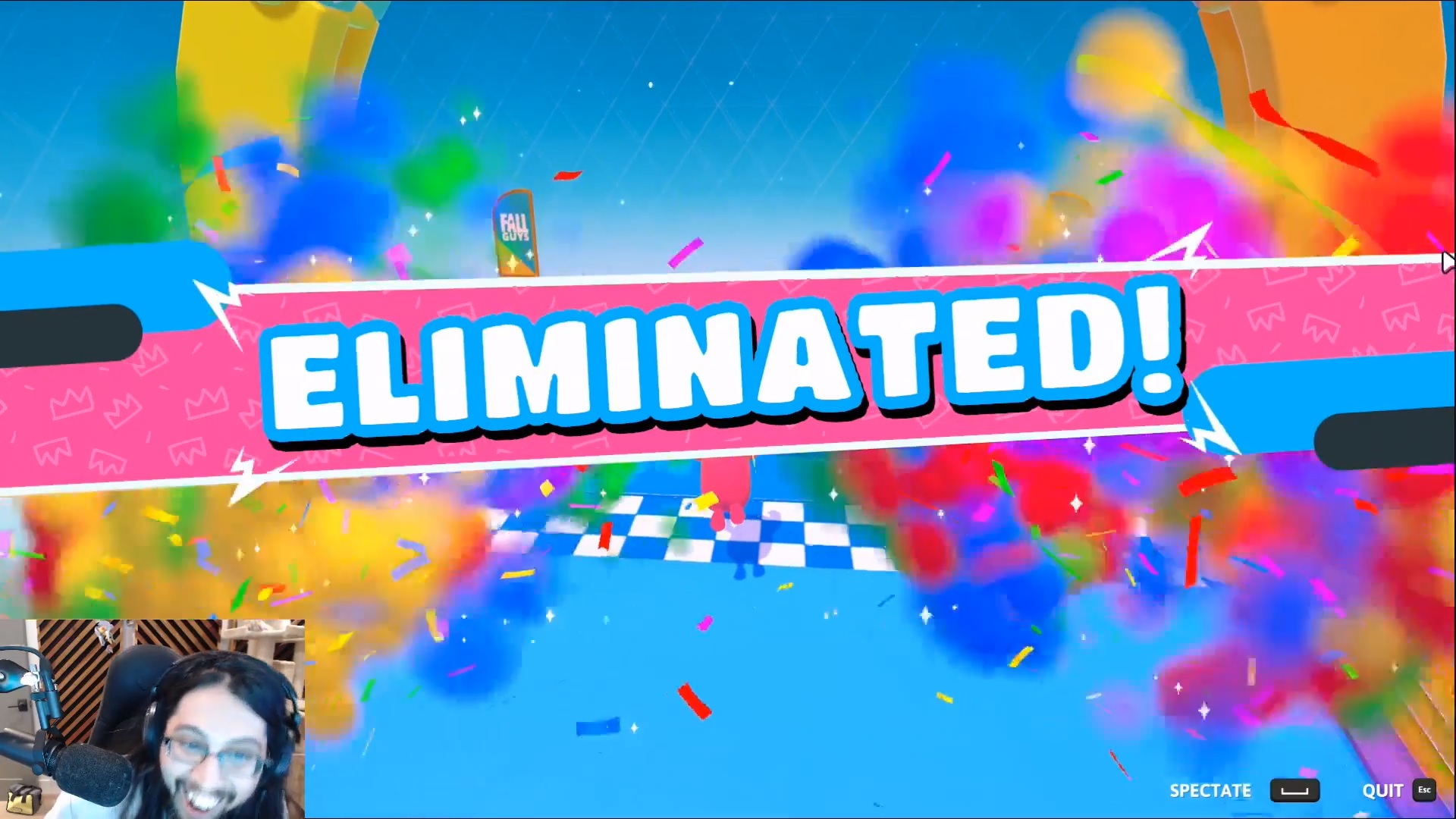 Throughout imaqtpie’s long streaming career, he’s met his fair share of griefers, whether it’s in his main game League of Legends or the plethora of titles he’s played over the years. But it’s always treachery from the people closest to you that hurts the most.

The streamer was playing the battle royale-style party game Fall Guys last night. Navigating the stage The Whirlygig, imaqtpie was ahead of the pack but was unfortunately struck down multiple times at the final obstacle.

The third time was the charm for the streamer and he finally managed to squeeze himself through the blades of the giant fan. Imaqtpie excitedly called for teammate Dyrus, who was waiting at the finish, to cross the line with him.

With just two qualification spots available, there was just enough room for imaqtpie and Dyrus to clear the stage together. But Dyrus had other plans. He grabbed and impeded imaqtpie’s way, leaving him eliminated just inches away from the finish line.

Fall Guys has been the surprise hit of the summer. The party game has sold over two million copies on Steam in its first week. It’s been a resounding success on Twitch as well, leading to numerous streamers trying it and producing a host of highlights.