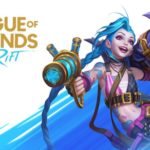 You don’t have to be an avid fan of the League of Legends universe to enjoy its animated TV series, Arcane. The show doesn’t require any prior knowledge of the universe, which allowed it to reach a broader audience.

Arcane became an instant hit among League fans, and it also captured the hearts of many viewers who had never dived into the game’s universe before. If you’ve just finished watching the show and were wondering how you could get into League’s universe and spend more time with the characters, you’ll have a couple of options.

League itself has been the lone representative of its universe for a long time, but Riot Games decided to expand its portfolio starting in 2019. From experimenting in different genres to releasing a mobile version of League, fans now have multiple gateways that open up to the League universe.

Considering League isn’t alone as the sole representative of its universe, finding the game that suits your gaming habits may take a few tries. Once you find the right one, however, you may get hooked to the roots of League’s universe.

Mobile gaming has evolved substantially over the last decade, and mobile devices evolved to a point where they can graphically deliver impressive results. Fans wanted to see a mobile version of League for a long time, but Riot didn’t want to port the game without making significant changes.

If you’re looking to play League but don’t have as much time to dedicate to it, then Wild Rift will be the perfect fit for you.

When you first load into Wild Rift, you’ll have the option to choose a champion from the free character rotation. The game’s quite free-to-play friendly, though, and it shouldn’t take that long to unlock your favorite characters from the show.

MOBAs can be quite competitive and may require your full attention if you’re looking to climb up the ranked ladder. Keeping your reflexes sharp and your mechanics at the highest level can be a struggle, but MOBAs aren’t the only genre that allows players to dive into League’s universe.

Legends of Runeterra, Riot’s digital card game, can be even more lore-centric since it features many characters who aren’t available in League yet. Fans who have prior experience in Magic: The Gathering, Hearthstone, or any other collectible card game may feel more comfortable playing LoR.

Unlike most digital card games, LoR is extremely free-to-play friendly and also eliminates the luck factor while building a collection. There are no booster packs in LoR, meaning players won’t need to rely on their luck to unlock the chard they need. Cards can be crafted or purchased with in-game currencies. While players will still have the option to purchase the cards they need, playing a few hours a day will be more than enough to expand your collection and unlock all the cards in the game within a few months.

Between 2018 and 2019, autobattlers took over the gaming world. What started as a mod in Dota 2 quickly became a sensation, and multiple franchises decided to develop their own take on the genre. Autobattlers play like a game of automated chess, which may sound odd at first, but the theorycrafting and planning part of the game makes it a very enjoyable experience for some players.

While some of these games slowly died down, Teamfight Tactics, Riot’s take on the genre, survived. In TFT, players can only decide their characters’ position on the board and what items they equip. Once the round starts, an automated battle will take place, and players can make adjustments to their lineup in between every round.

The main reason why TFT stood out amongst the crowd is Riot’s approach to the game and consistent balance patches that kept the gameplay experience fresh. Compared to other games on our list, TFT doesn’t have a barrier of entry. All characters in the game are free, and the game is mainly monetized through cosmetics.

From the moment you load into the game, you’ll be on an even playing field with the other players, but the game offers significantly less insight in terms of League’s lore since it can be considered as a fast-paced arcade game.

It may be surprising to see League of Legends at the bottom of our list, but compared to other titles, League requires the most attention and has the highest learning curve.

Matches are noticeably longer compared to Wild Rift, and you won’t be able to roam around the map that freely due to the competitive/objective-based nature of the game. Mastering League takes significantly more time, and you’ll also need to unlock your favorite champions if they aren’t available in the weekly rotation.

League features two teams of five, and players will get to play one of the core roles to best the enemy team by taking down their Nexus or making them surrender. Considering the number of champions in the game, players will likely play with and against different team compositions every game, increasing League’s replayability. Although the game gets more competitive as you rank up, League can be especially more fun if you play it with friends.