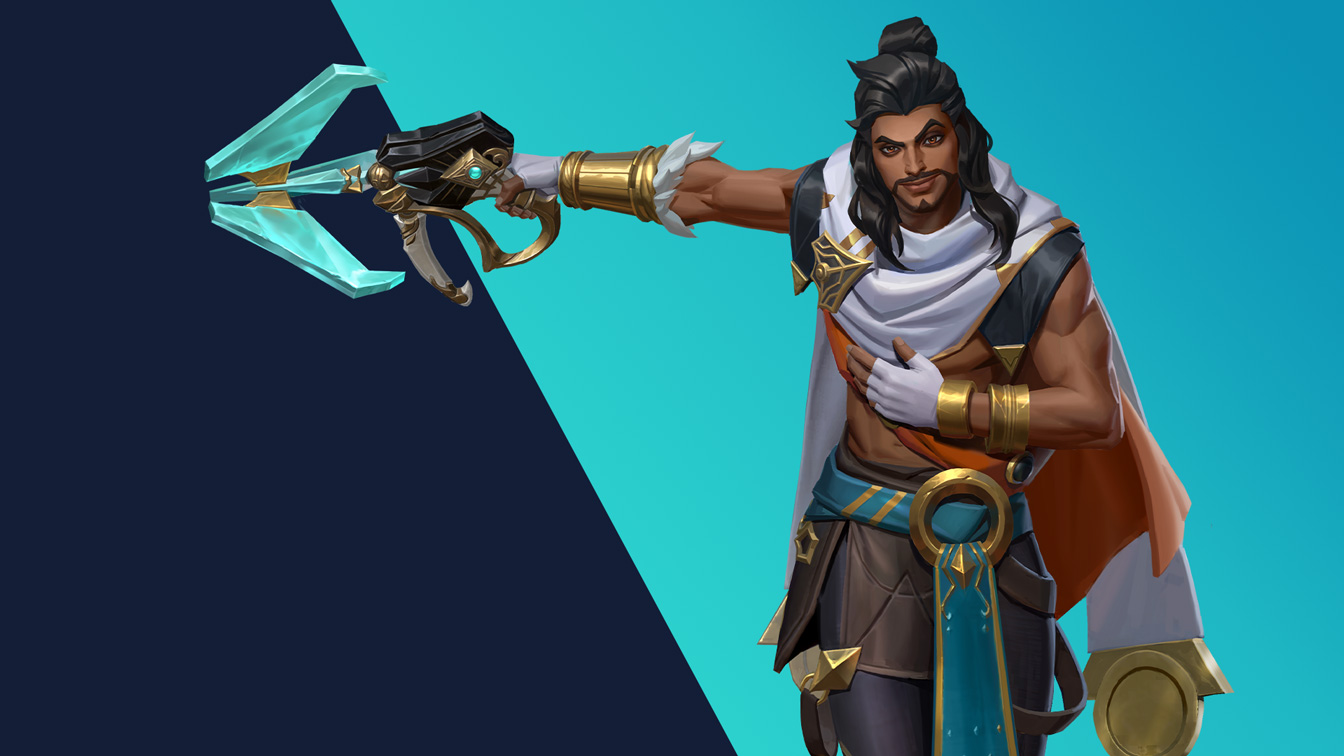 League of Legends: Wild Rift’s patch 2.4 is here with a lot of new features. This includes the champion Akshan, champion bans, replay system, new items, and much more.

The content in this update will be released throughout the patch. Riot has said that the patch will be live for about three weeks before the next update drops. Here are the complete patch notes for Wild Rift’s patch 2.4 update.

The third ranked season in Wild Rift began on July 26 at 5pm CT. The ranked reward for the season is the Glorious Lulu skin at Gold. If you have been facing some display problems ever since the new season began, updating to Patch 2.4 should fix these.

Riot has said that it aims to increase the number of bans to five. It will be “closely monitoring” the three-ban system and figure out if five bans can be added in a future patch.

Bans will be available in ranked on July 29 at 1am CT.

Promotion matches is being removed from ranked in Wild Rift. Riot has said that the “interruption” of promotion matches outweighs the benefits they were meant to provide. Now, players will directly move up a rank after the winning the last match of their current rank.

The company has added that it will be monitoring this change.

The Wild Pass is returning to Wild Rift with a few changes.

Riot has said that the pass will now be a permanent feature in the game, with no downtime between each new pass. Wild Pass S2 will be available on July 29 at 7:01pm CT.

Highlights are coming in Patch 2.4. If you turn on Highlights recording in your settings, we’ll record your best moments. These will record your screen as you play, so it will capture your inputs in the high moments as well. You can review and save them to your phone on the end-of-game stats screen. Turning on Highlights Recording may impact your battery usage and performance, though.

Riot is improving the ways players spectate matches or replay your own. You can now toggle between Fog of War for the red and/or blue side to understand both teams’ vision on the map. In addition, a new HUD has been created that allows for better viewing of teamfights as they are happening. There is now a teamfight HUD, as well as a minimalistic “no HUD” point of view that can be accessed in spectator mode.

The new spectator and replay features will be available on July 27 at 7:01pm CT.

Riot is adding progression systems to the end-of-game screen so players can have a better understanding of their progress after each game, and know when they have rewards to claim.

The ability to share your Wild Rift achievements to your phone’s OS share drawer is being added. This will make it easier for players to access to all their favorite apps and social networks. Tapping the icon will open up the OS share drawer from which you can select any app that you want to post to.

Players can now access Wild Rift’s patch notes through a button in the game. Head to the top left of the home screen to get access to all the recent patch notes on the Wild Rift website.

These accessories will be released throughout the patch.

The Sentinels of Light event continues on July 27 at 7:01pm CT as the final battle approaches. For more information about the event, click here.

Ashe has been slightly underperforming, so Riot is giving her some quality-of-life buffs that strengthen her identity as a utility marksman.

Riot feels that Fizz is still lacking when it comes to getting lane priority, particularly in skilled play. Besides this, his (2) Rending Wave is really weak so a buff is in order. Furthermore, there are some interactions skilled Fizz players are able to capitalize on in PC, but these weren’t implemented properly in Wild Rift. Thus, Riot is also attempting to rectify this.

Graves isn’t under-performing in terms of win rate, but a lot of his power lies in his early base stats which makes him less satisfying to play. Riot is also hoping to give him better build options by dramatically increasing the value that AD and armor pen have for his burst spell, (1) End of the Line.

Riot is updating the Grievous Wounds (healing reduction) system to have different levels of severity, so some champions that apply it through abilities have been adjusted.

Lucian has been severely overperforming. Hence, a nerf to his base stats is being made.

Riot is exterminating the bugs that have been plaguing knifekitty since release. This will affect his power, particularly skilled Rengar players, so the company has said that it will be keeping an eye out in upcoming patches to see if there is a need to adjust him.

Riot is updating the Grievous Wounds (healing reduction) system to have different levels of severity, so some champions that apply it through abilities have been adjusted.

Ziggs is still taking down towers a bit too quickly. While this is part of his identity, it has been extra destructive at higher levels of play, so Riot is turning down his damage a little bit.

All Random All Mid (ARAM) is back. Riot has said that it will have some news soon about the future of ARAM. It will return as a Featured Game Mode from Aug. 11 to Sept 9.

The long awaited AP/Armor item debuting in Wild Rift is here. This is basically the AP version of Thornmail. Riot hopes that Mages find this snazzy reflector to their liking when playing against fed physical carries.

Essence Reaver is a new core item for mana-hungry crit users that are looking to deal damage beyond just critical hits, but with their abilities too.

Similar to Essence Reaver, Navori Quickblades is aimed at helping crit users pump out more damage with abilities, but leans even more into the spammability front. Watch out for Tryndamere and Master Yi.

Since Riot is changing Oblivion Orb to be more focused as a Grievous Wounds item, a new tier two magic penetration item is being introduced to take its place, the Prophet’s Pendant.

For players who don’t care for Grevious Wounds and prefer to focus on utility, Riot is bringing Serylda’s Grudge from League PC. This item is especially handy for fighting fast-moving enemies.

Riot is brining the Staff of Flowing Water from League PC for support players. Now, supports can optimize their builds when they have AP-heavy teammates.

Stormrazor is also coming from League PC to round out the energized item system and offer a splash of utility for players who like to buy other energized items.

Solari Chargeblade is another Wild Rift debut item that Riot hopes will open up different crit builds. It will help users gain a large amount of conditional Critical Rate to create synergy windows with other items they buy.

Riot is also bringing over Wit’s End to help round out the anti-magic item set for physical damage dealers.

We’re adjusting all Grievous Wounds effects on items to match League PC and increase the gameplay around them.

In the vein of increasing crit item build diversity, RIot is also changing Bloodthirster to match its League PC counterpart to be a crit item.

Frozen Mallet had a lot of use case overlap with Iceborn Gauntlet, without offering much gameplay. Thus, Riot is removing the item to sharpen the identity of the existing item roster.

Resolve: Grasp of the Undying

Top lane is dominated by Grasp of the Undying so its damage is being brought down slightly.

The early game meta is too dragon-centric, and Riot says that it found that the Rift Herald was de-spawning more frequently than being taken. Thus, changes are being made to its spawn time to increase its influence on early game strategic choices.

Riot is updating Ignite to match the changes to Grievous Wounds.

Riot is tuning the passive gold again so it’s more constant throughout the game, but still accomplishes the original goal of decreasing the frequency players reach full build long before a game ends.

Additionally, a new mechanic is being added to the passive gold system that will help the lowest gold teammate gain additional gold. Riot has said that it expect this to reduce a bit of snowballing and also assist support players to realize their item fantasy more often.

Riot is re-tuning how bounty gold is distributed. It’s also adjusting its numbers to increase the chance of comebacks, but concentrating more gold from takedowns into a single player’s hands instead of assisters.