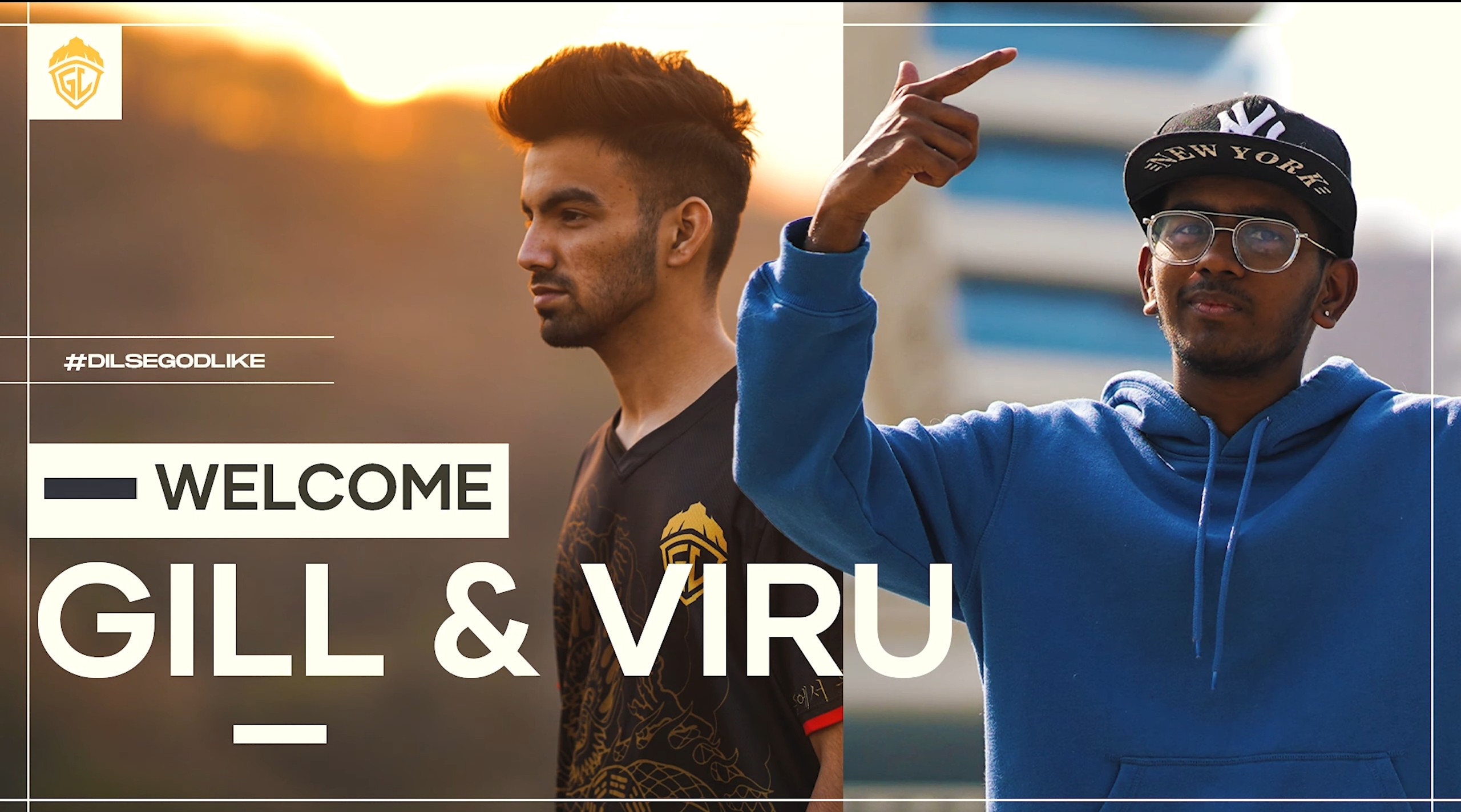 With this signing, GodLike Esports now has six players in its BGMI team: GiLL, VIRU, Suraj “Neyoo” Nityanand Majumdar, Jonathan Jude Amaral, Abhishek “ZGOD” Choudhary, and Vivek “ClutchGod” Aabhas Horo. Abhijeet “Ghatak” Andhare will be the team’s coach. Previously, he had played for GodLike as a substitute in select tournaments if one of the players weren’t available.

For both GiLL and Viru, this signing is a homecoming of sorts. GiLL was a player for GodLike in 2020 but signed to Orange Rock Esports in the same year. With GodLike, he won the PMCO spring split India 2020 and came in seventh at the PMPL South Asia season one.

Viru, on the other hand, was a part of the Entity Gaming roster in 2019 that featured Ghatak, Neyoo, and Jonathan. The team won the PMCO fall split in 2019. He will be reuniting with his former teammates at GodLike.

Both players later signed with Orange Rock Esports and even went on to secure a second-place finish at the PMWL East season zero, which is the region’s best performance in a global tournament.

Most recently, GiLL and Viru were a part of Team XSpark, which is owned by popular BGMI professional player and streamer, Tanmay “Sc0utOP” Singh. In a live stream yesterday, Neyoo alleged that Sc0utOP wasn’t paying GiLL and Viru their salaries, which is why they left the team. Sc0utOP has yet to respond to these allegations. Team Xpark had announced in an Instagram story on Feb. 7 that the roster was disbanding due to “internal issues.”

With a new six-man roster, it remains to be seen who will GodLike’s playing four be. Krafton has not officially announced the roadmap for BGMI esports for 2022, but the team has several third-party tournaments lined up where they can try out different combinations to see which works the best.