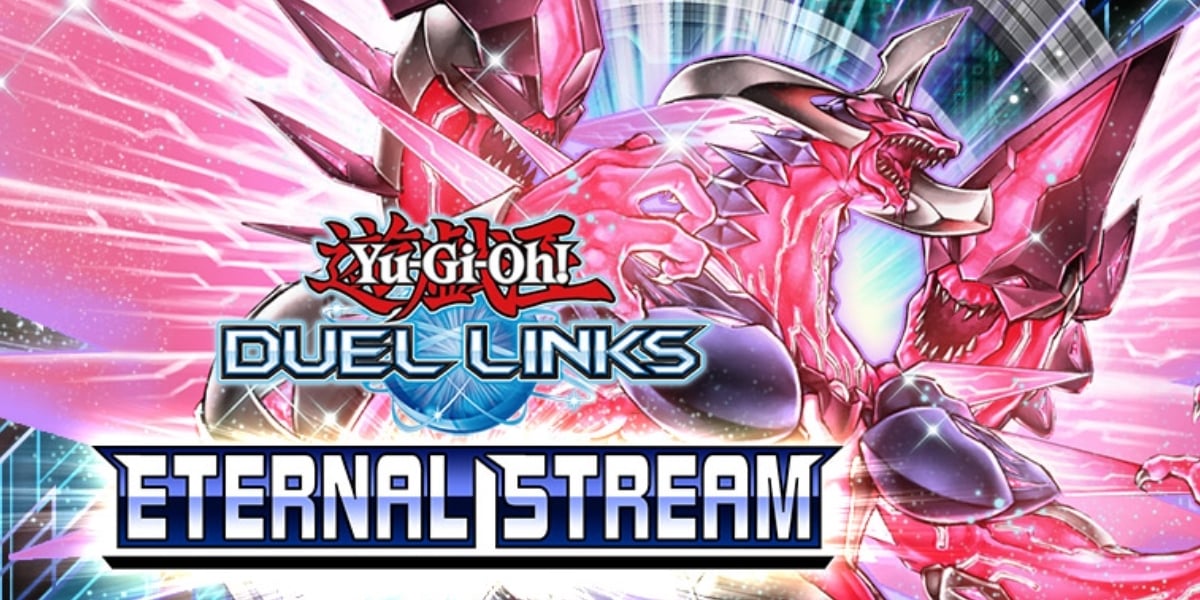 Yu-Gi-Oh! Duel Links is about to get another blast from the Xyz filled past with the release of the 34th main box, Eternal Stream.

Not only will players be able to find iconic Xyz monsters like Neo Galaxy-Eyes Photon Dragon and Heroic Champion – Excalibur, but additional support for Beast and Beast-Warrior cards is also included. The main archetypes with support in this set are Fire Fist, U.A., Utopia, ZW, and Dark World.

It feels really weird seeing classic cards like Trap Hole being introduced in the same set as Fire Fist, Heroic Champion, and other Zexal cards, but that is part of what makes Duel Links so distinct from the regular Yu-Gi-Oh! cardgame. Trap Hole is a Super Rare, while other good staples like Dark Ruler No More and Excalibur are Ultra Rares.

With Fire Fist being introduced, Beast Warrior decks are going to become a lot more prominent in several forms. Likewise, you will probably see normal Beast builds on the rise too, with stuff like the Melffy cards and Number 64: Ronin Raccoon Sandayu providing new options for certain decks.

Dark World decks should also be on the uptrend with the inclusion of Grapha, Dragon Lord of Dark World, Charge Into a Dark World, and Beiige, Vanguard of Dark World. However, since most of the cards are spread between boxes and have high rarities, it won’t be nearly as viable as many easier to build decks that might just outclass it outright.

Other notable inclusions from this new set include the Dream Mirror cards, which Konami is really trying to push with this release, U.A. Powered Jersey, Full Armored Black Ray Lancer, and Onomatopia.