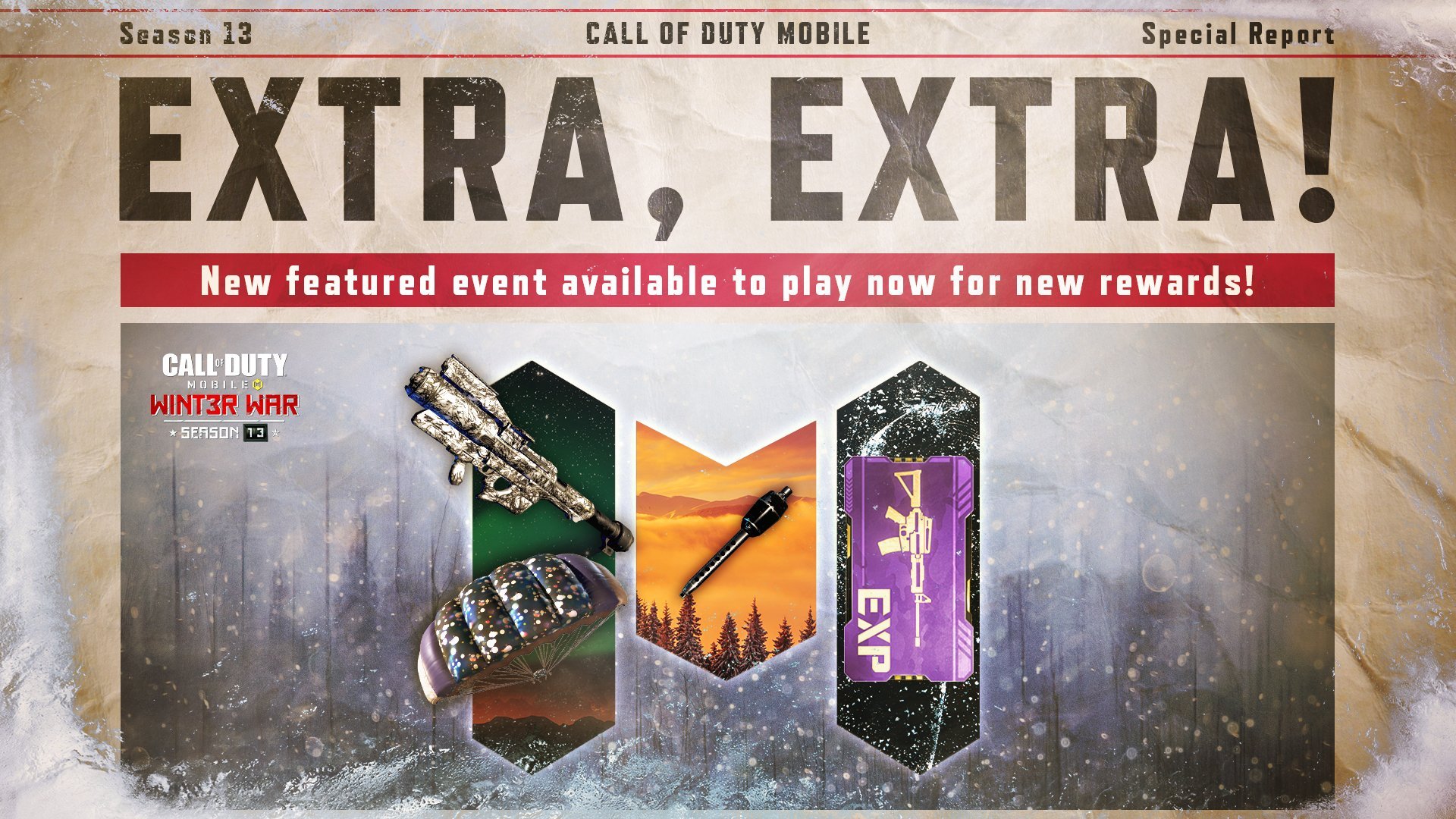 Call of Duty: Mobile’s last featured event for season 13 has dropped. It’s called “Extra, Extra!” and offers a lot of rewards, including a new parachute skin, thermite with noir camo, and more.

The event can be found on the featured tab of the event page. Players have to complete tasks to earn progress points that will unlock the rewards.

Related: Call of Duty: Mobile may be getting another marksman rifle

Call of Duty: Mobile’s 13th season is expected to conclude on Jan. 25. After this, Activision will be refreshing the game’s seasonal count, with the next season being called season one.