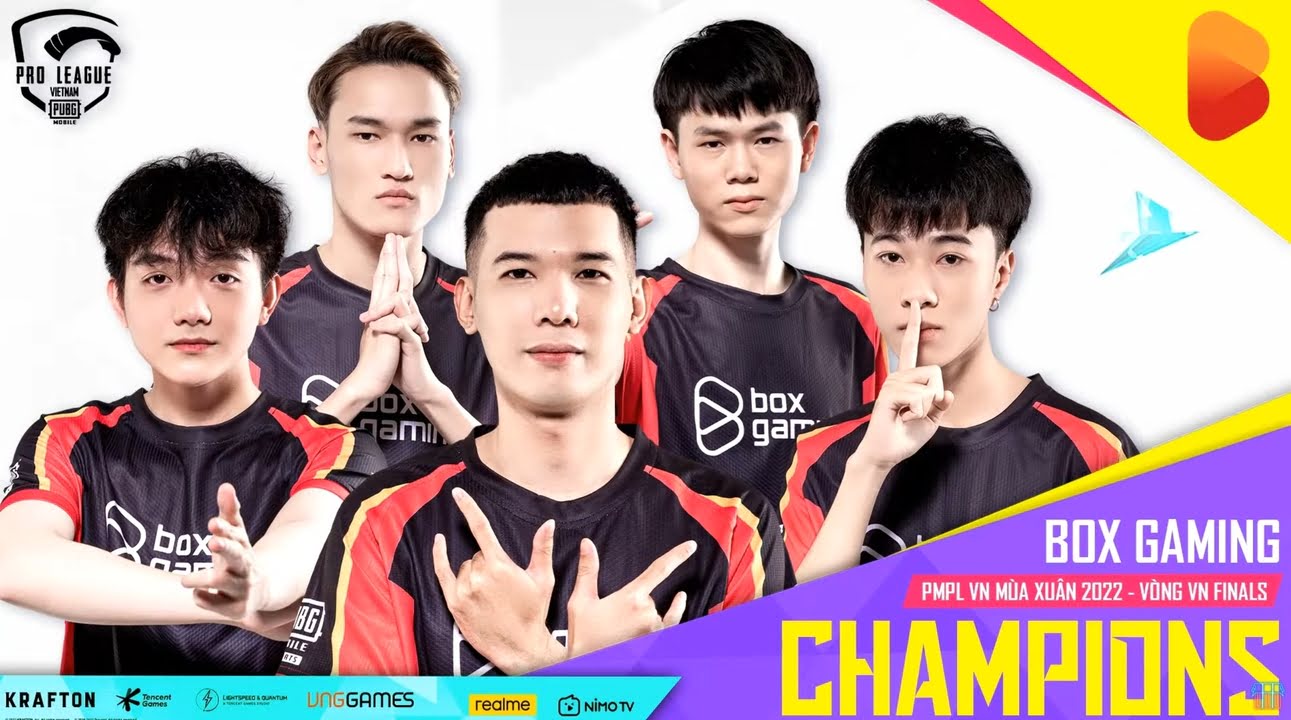 BOX Gaming have been crowned the champions of the PUBG Mobile Pro League (PMPL) Vietnam Spring 2022 after winning the finals today.

In the three-day final, BOX Gaming accumulated 265 points across 15 matches to top the standings table. While they were tied in placement points with second-placed D’Xavier, their 20-kill points advantage ensured a first-place finish.

BN United, who finished first in the league stage, could only manage the third place with 227 points. Fourth-placed Talent Esports had an impressive showing at the finals with four chicken dinners, the most out of any team in the finals, along with 82 kills. They couldn’t remain consistent, however, and placed seventh or lower on nine occasions to collect just 81 placement points, which put them out of contention for a fight for the title.

Defending champions, V Gaming, who had an average performance in the league stage and placed fifth fared worse in the finals. With 119 points, they could only manage 12th place.

Here are the standings of the PMPL Vietnam Spring 2022.