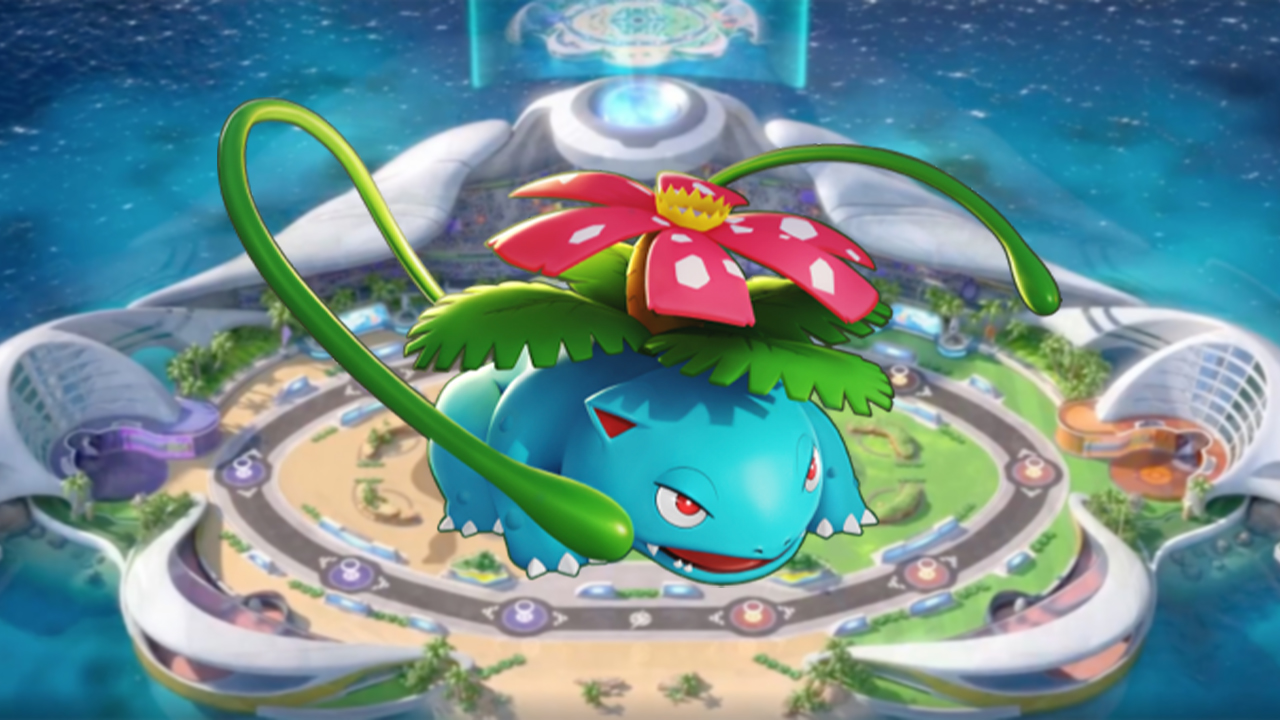 Pokémon UNITE has launched for Switch, and players are getting a chance to try out its range of Pokémon all offering their own unique playstyle.

With a MOBA’s traditional structure, some Pokémon are more equipped to different roles than others. When it comes to laning, one of the best ranged species on the roster is Venusaur. Using grass-type offense, Venusaur has access to a move set including healing moves, high damage cannons, and of course, vine-orientated offense.

Here is the best build for Venusaur in Pokémon UNITE to kickstart your winning days.

The best build for Venusaur in Pokémon UNITE

Shell Bell: While Venusaur is quite durable you can always use extra help with the Shell Bell item. This will see the Pokémon’s special attacks heal 45 health plus a percentage of their special attack. This will keep Venusaur in the battle longer while its AOE attacks put in work.

Wise Glasses: There are quite a few options for Venusaur in terms of a second held item, but one of the best is Wise Glasses. This will give the Pokémon some extra damage by buffing its special attack.

Rocky Helmet: If you’ve unlocked the third carry item slot, you’ll want to fill it with some durability-based item. The best of these is Rocky Helmet, which will reflect some damage taken back onto enemies.

X Attack: Going hand in hand with the Shell Bell, you’ll want to take X Attack with you as your battle item. This item grants extra damage from Venusaur’s basic attacks and special moves.

Venusaur is at its best when zoning out enemies with its area of effect abilities. Yu’ll want to pick Seed Bomb over Razor Leaf as your first move, however, and you’ll get Razor Leaf at level three anyway.

Sludge Bomb is the perfect tool to cordon off areas and take out multiple enemies during close-quarters combat. You might miss out on the healing effects of Giga Drain, but you’ll make up for some of this if you have Shell Bell held.

Since the key to Venusaurs zoning offense is to keep distance between them and the enemy, Solar Beam is the best choice at level seven. With its long-range and immense power, this iconic move is a must-have in your Venusaur build.

At level nine, you’ll earn yourself Venusaur’s ultimate ability, Verdant Anger. The Pokémon launches a giant seed towards an area, which then splits apart and deals damage to enemies nearby, as well as hindering their movement for a short time.