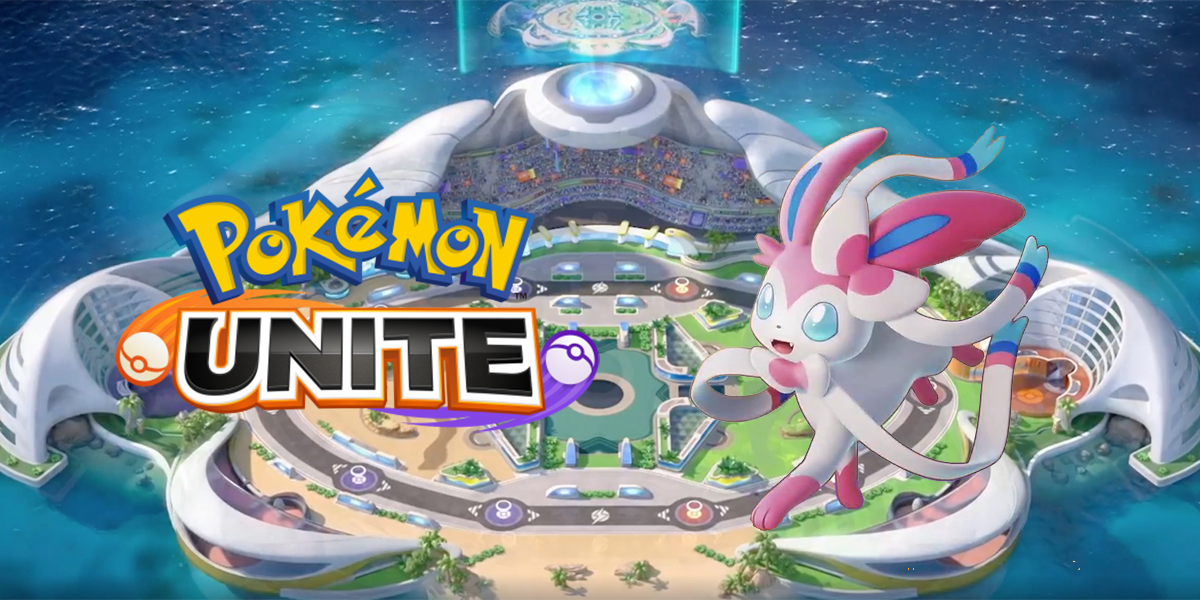 Sylveon is the latest Pokémon to join the Pokémon UNITE roster, and while it has already received some pretty substantial nerfs, it is still a strong Special Attacker that can provide your team plenty of opportunities to take down opponents and secure objectives.

The Fairy-type is more similar in playstyle to Attackers like Pikachu and Alolan Ninetails, in that its moves are fairly straightforward and can have lingering effects depending on how you play the Pokémon.

Sylveon is classified as a Ranged Attacker, though it is also bulkier than many of the other Pokémon in that same class, and has options to heal or boost its own stats to survive longer as well. Pair that with the ability to debuff opponents, deal some serious damage, and synergy with most highly used Pokémon, and Sylveon should be making some waves for months to come.

The biggest downside to Sylveon is that it breaks the previous trend of post-launch Pokémon being relatively affordable, charging players 10,000 Aeos Coins or 575 Aeos Gems for a Unite License rather than the usual 8,000 Aeos Coins or 460 Aeos Gems that Blastoise, Gardevoir, and Mamoswine commanded.

Despite the hefty cost, if you want to frolic around and destroy your enemies with Sylveon, here is a good starting build for you to use on your path to destruction.

A lot of players would rather use the Buddy Barrier, but with Sylveon’s ability to heal with Draining Kiss, the additional healing provided by the Shell Bell could lead to you living much longer than your enemies expect. It also gives you a boost to your Special Attack too, which is never a bad thing.

Keeping with the “hit hard, live forever” trend, equipping the Focus Band will boost Sylveon’s defenses and lets you gradually recover HP once you fall under a specific threshold. Pairing this with the Shell Bell and Draining Kiss is deadly for everyone but you.

Just like with most Pokémon, players like the Eject Button’s utility more than the majority of the other options available. Being able to teleport a short distance, whether it be to escape or chase opponents, is just too much of a free boon.

You won’t be relying on just Baby-Doll Eyes for long, but if you do get stuck in a sticky situation without your teammates and no access to another move, being able to slow them and decrease their Attack is very useful for getting away.

This is one of those choices that might depend heavily on what Pokémon you are facing and how you prefer to play Sylveon.

Mystical Fire does damage with multiple hits, decreases the target’s Special Attack for a short time with each hit, and lowers the cooldown. Hyper Voice is more damage-focused, dealing increased damage depending on how many hits you land and how far away you are from the opponent.

Both are fine, but you will need to play around with this build to really get a feel for them.

Upgrade (Level 10): Increases the number of flames OR sound waves by one.

Unless you plan on purely going for damage, skip Calm Mind and go for Draining Kiss.

This is the crux of the build, allowing you to damage an opponent and heal yourself over time, while also decreasing their movement speed as long as they are tethered to the move. There really isn’t a downside as long as you don’t target Pokémon that will be able to escape faster than you can pursue them too often.

Upgrade (Level 12): Increases the amount of HP the move restores.

Become briefly invincible, jump into the air, and deal damage to surrounding Pokémon once you land. Even better, you get to follow that up by frolicking around, dealing damage and restoring your own HP. What’s not to like?