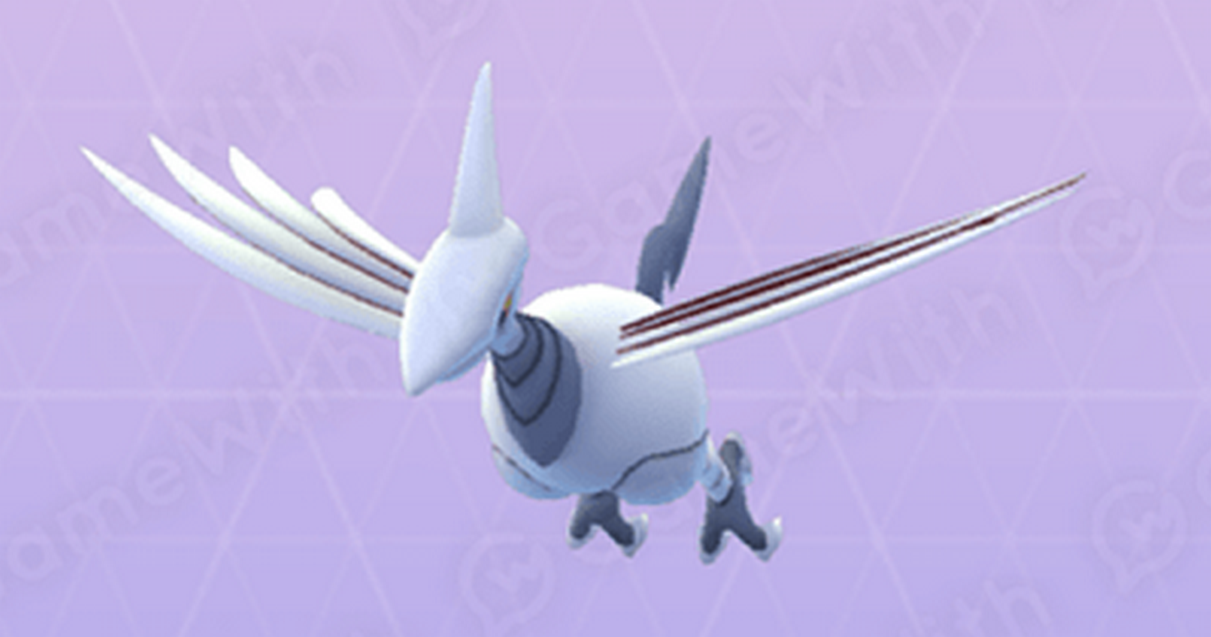 Skarmory is the only species of Pokémon Go offering the double-typing Steel and Flying. It offers him numerous resistances Steel and Flying Pokémon wouldn’t normally have, which leaves him with only two weaknesses, to Electric and Fire attacks.

Those few weaknesses make Skarmory a solid choice for your team. It can be especially useful in Team Go Rocket grunt encounters and leaders such as Sierra and Arlo, since they sometimes use Poison-type Pokémon. They are also not very difficult to obtain, appearing in the wild but can also hatch from five kilometer eggs, making it a popular choice for players.

Skarmory boasts versatile stats, with 148 in attack, 226 in defense and 163 points in stamina. Although it makes him a good all-rounder, it also means that other Pokémon purely focused on attack or defense can be better choices, particularly for PvE uses.

In the Battle League Go, however, having an all-rounder can prove very useful to get out of a tricky situation. The main aspect to keep in mind will be to avoid Electric and Fire matchups at all cost, or Skamory won’t last long in battle.

There are several solid possibilities for Skarmory’s moveset. Although he boasts one combination of moves who deal more DPS than others, it’s not very far ahead from other moves to use.

In any case, it’s better to take a move from each of Skamory’s type. Instead of countering just three types, it will allow the Pokémon to deal super effective damage to six.

The strongest moveset in terms of pure DPS is Steel Wing as a fast move and Brave Bird as a charged move. If you prefer using charged moves that don’t take too much energy though, Sky Attack is a solid choice since it’ll take half the time to charge compared to Brave Bird. Although its DPS is slightly lower, you can gain more value by being able to use it more often.

If you want to focus solely on its Flying or Steel typing, however, the best all-Steel moveset is Steel Wing with Flash Cannon. An all-Flying moveset can opt for Air Slash combined with Sky Attack.