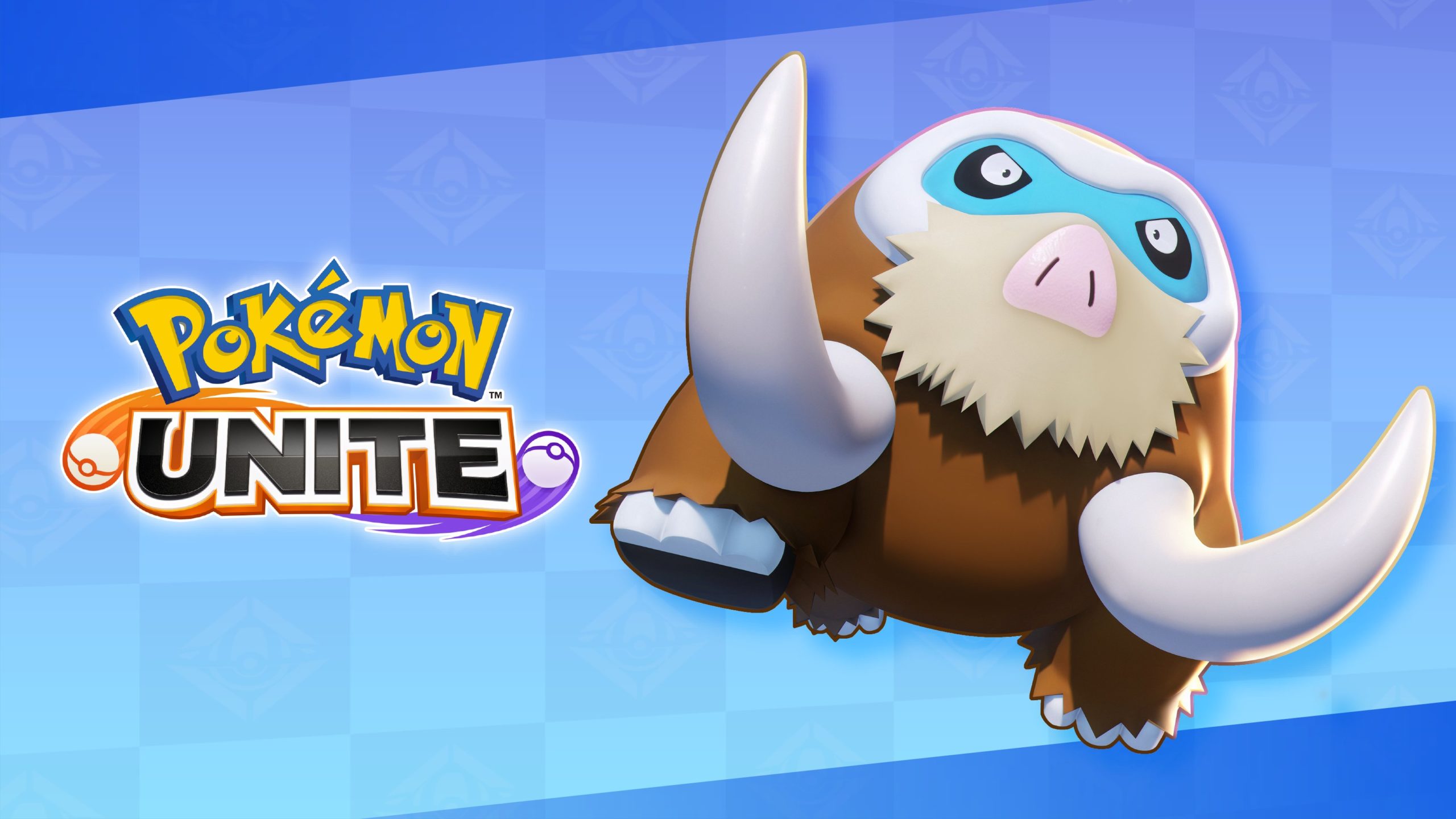 TiMi Studio is making sure tank players are happy, releasing Mamoswine to Pokémon UNITE as the second straight Defender added to the playable roster, following Blastoise earlier this month.

Mamoswine plays a role that mixes several parts of other Pokémon in the game, becoming bulkier the more it gets hit and mixing stun, rush down, and the ability to deal some massive damage.

Instead of focusing on just disrupting opponents like Blastoise or being a shield for your allies like Snorlax, the Ice/Ground-type does it all, while also bringing some new crowd control elements to the table. Because of the gap between evolutions, it can take a lot to get Mamoswine online in some games, and certain Pokémon like Mr. Mime can prove to be extremely challenging to deal with.

You can unlock Mamoswine in the Unite Battle Committee by purchasing its Unite License for 8,000 Aeos Coins or 460 Aeos Gems. You will need to work on your timing and condition yourself to be okay taking damage from time to time, but if you can manage that, the Twin Tusk Pokémon might be the pick for you.

Mamoswine’s passive ability in UNITE is Thick Fat, which will boost the Pokémon’s Physical and Special Defense stats when taking damage, among other bonuses. Pair that with the Weakness Policy’s ability giving a Pokémon boosted attack when it takes damage and you can bulldoze unprepared opponents.

It also gives you some bonuses to your base HP and Attack stat too.

Buddy Barrier is a staple for most Pokémon that rely on their HP to facilitate other abilities and keeping teammates alive. It gives yourself and a nearby ally with the lowest HP a shield when you use a Unite Move, and boosts your base HP just by being equipped, letting Mamoswine tank even more damage.

Depending on if you want boosted Attack or Defense, picking between bands could be the final piece to your Mamoswine’s build.

The Muscle Band will give players more Attack and increased Basic Attack speed, while the Focus Band will boost both Defense stats and help you heal when you are low on HP. Both are great options and you can probably test them out to see which one you prefer when playing.

The Eject Button is useful all the time, especially for slower Pokémon that might not have the ability to get in and out of specific situations. Depending on what Special Moves you have, you could also swap it out for a Full Heal to avoid being stunned in close-range situations.

Tackle is probably better for getting you through the Wild Pokémon faster, but just like with most Basic Attacks, you are fine picking either option because they deal damage and will be unlocked by the time you are actively fighting in lane.

Mamoswine is arguably at its best when it can provide crowd control from a distance before rushing in, which means you will be taking Icicle Crash so you can deal damage and decrease enemy movement speed in specific areas. It can also set up for more combos since the final icicle sticks on the field and can be destroyed to deal more damage.

Upgrade (Level 12): The final icicle leaves the opposing Pokémon it hits unable to act for a short time

High Horsepower will let you charge into enemies or get away from sticky situations, dealing damage to any enemy you hit, all leading up to a final stomp that can stun opponents for a short period of time. Earthquake is the better choice if you are going for a pure, crowd control build, but High Horsepower is arguably just a better move for the utility if brings.

Upgrade (Level 14): Increases the reckless rush’s speed and the length of time opposing Pokémon are left unable to act

Imagine throwing a tantrum and flailing around while no one can stop you. That is what Mamoswine does when it uses Mammoth Mash, as it can’t be hindered by outside effects as it repeatedly stomps on the ground and deals damage, decreases movement speed, and displaces any Pokémon nearby.