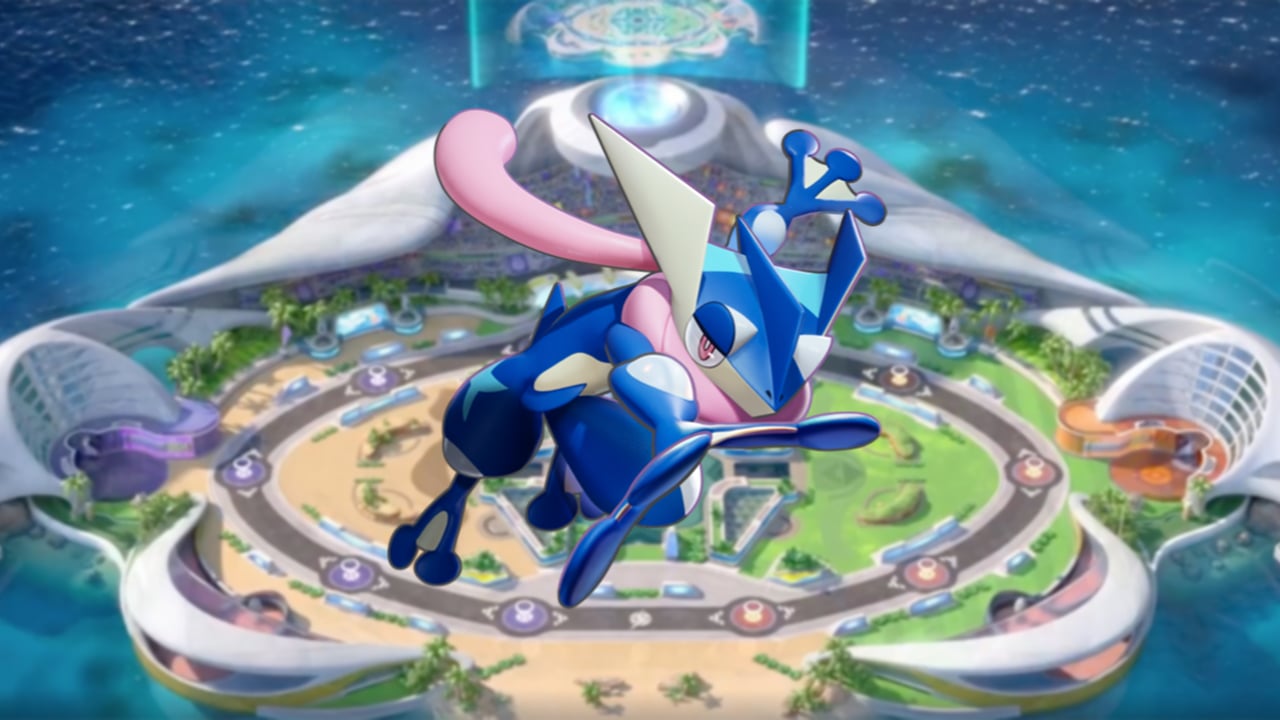 Pokémon UNITE feels like a game that heavily depends on offensive Pokémon to set the tone for every match, mainly because the games are meant to last 10 minutes, and the gameplay needs to ensure that players can keep a solid pace.

Greninja is one of those offensive options, but the Water-type feels like it can flex into many roles. Although the game categorizes it as an Attacker type, the Pokémon can work as a laner, a jungler, or even play some hybrid form of support.

Most players will run Greninja as a standard, hit-and-run attacker that can slot into either lane or a jungle role, though the latter probably isn’t optimal outside of solo queuing in standard games. With all of the options the Ninja Pokémon has at its disposal, you can shift your build to fit any style you like.

To unlock the expert-level ranged Attacker, players can simply wait until they receive him as a free gift through the “14 Day Welcome” event, or purchase the Greninja Unite License from the shop for a whopping 10,000 Aeos Coins or 575 Aeos Gems.

So if you like playing a flexible attacker and want to pull off some useful mixups, here is the best build you can default to for Greninja.

Greninja might be a physical attacker, but all of its moves come out very quickly and, with the Shell Bell, provide you a handy way to get some HP back by cleaning out wild Pokémon or just landing a few hits on an opponent.

You could swap this out pretty easily with another physical attack-boosting item or Leftovers if you don’t like how the Shell Bell plays on your build.

Like Pikachu, Greninja is already faster than most non-Speedster-type Pokémon, but the Float Stone brings that quickness to another level when running around outside of combat. It is even better for the Water-type because it also boosts its Attack, making it a perfect option regardless of which position you play.

The tried-and-true Muscle Band is excellent for Greninja because it increases the Pokémon’s Attack stat and speeds up Basic Attacks while giving them a slight boost based on the opposing Pokémon’s HP. Paired with the Shell Bell, this means your standard attacks will do more damage and generate health.

The Eject Button is the go-to Battle Item for Greninja since most players opt to use some offensive-boosting Held Items. It gives players yet another burst of speed to escape from attackers, pursue enemies, or simply keep in their back pocket for some extra utility.

If you don’t really care about having that extra option, you can always pick a Potion, X Attack, or X Speed, depending on what best suits your playstyle.

The standard fare also applies to Greninja. There is no reason to choose Substitute over Bubble at the start of a game because you will be getting it anyway, and it won’t help you take out the wild Pokémon necessary to level up alongside your teammates when heading into the lane.

Greninja is one of several Pokémon in the game that doesn’t have a bad option for their Special Moves. Surf is probably most player’s preferred method to get closer to opponents and burst them down, especially since its cooldown resets if you knock out a Pokémon with it. Water Shuriken is also solid, and both restore HP when they deal damage.

Double Team has its uses but is more situational than Smokescreen because it is primarily a battle trick rather than a utility move. Smokescreen lets the player dash in any direction they want while throwing down smoke, becoming invisible for a short period, and boosting the next Basic Attack after use. This can lead to some sneaky scoring and great flanks or serve as a way to escape from approaching enemies.

Upgrade (Level 13): Increases Attack for a short period when the user stops sneaking.

Compared to other offensive Unite Moves, Waterburst Shuriken is good, but nothing great unless you can line up a nice hit. This might be the biggest weakness in Greninja’s game, but paired with its other options, you can’t really complain about a potential teamfight finisher or initiator.