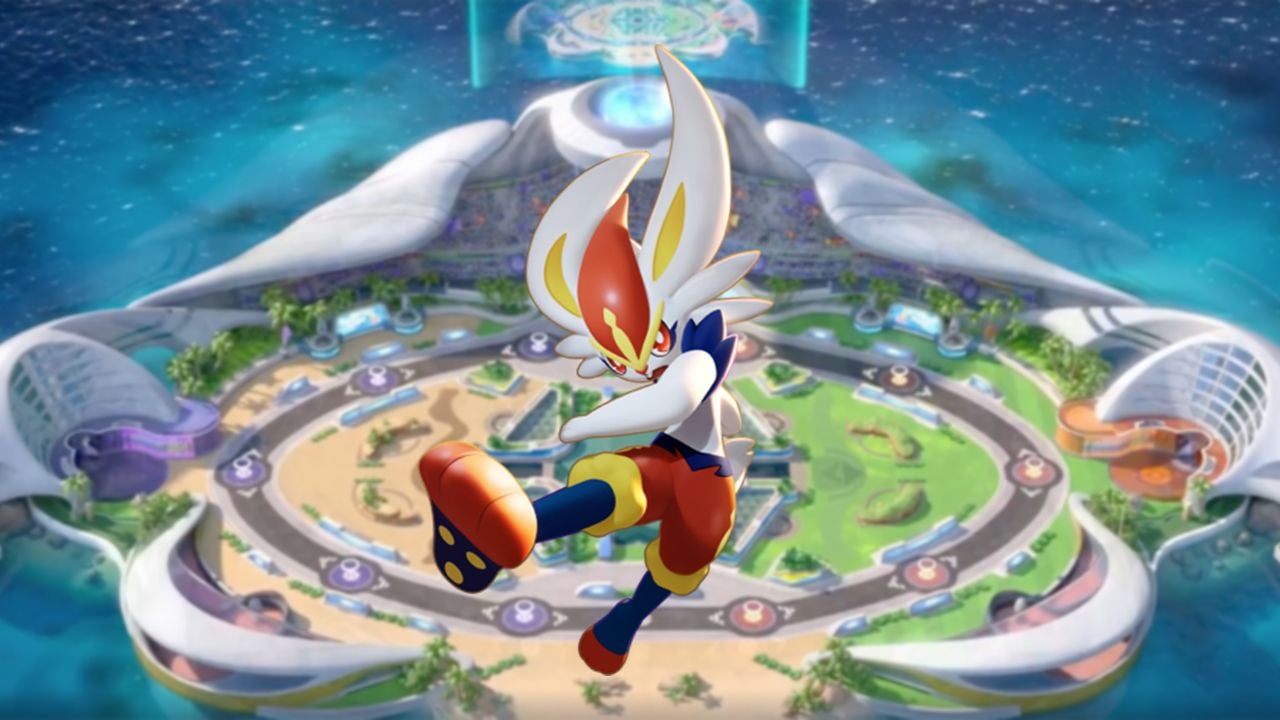 The newest Fire-type starter Pokémon introduced in Sword and Shield—Scorbunny, Raboot, and Cinderace—has made its way into Pokémon UNITE. These quick Pokémon join the roster of many other familiar faces in Pokémon’s first take on a MOBA.

While these Pokémon are classified as novice-level Attackers, they’re not available immediately for players to use in Unite Battles. Players can purchase Cinderace in the shop for 8,000 Aeos coins or wait to receive the Striker Pokémon as part of the welcome log-in bonus on day eight.

The Scorbunny line’s focus on quick ranged attacks makes it one of the best Pokémon at dealing extensive damage to opponents from afar, as well as getting out of fights that may not be in your favor. Like most Pokémon in UNITE, a character’s fullest potential is brought out in the final evolution of the Pokémon—and Cinderace is no exception to that.

Here’s the best build for Cinderace that will help you bring out this Pokémon’s fiery power:

The Muscle Band allows Cinderace to take its already consistent damage to the next level. Cinderace is a unique Pokémon in UNITE since every third basic attack does more damage (like with every other Pokémon) and its Blaze ability powers up an additional attack after using a move. Therefore, an item like the Muscle Band that boosts Cinderace’s attack lets it do tremendous damage with almost every attack.

Another key component of Cinderace’s Blaze ability is that when its HP is less than half, its critical hit rate is boosted. The Scope Lens makes critical hits do even more damage. When combined with Blaze’s critical hit rate boost, Cinderace can easily get the upper hand in fights that may not seem winnable.

One of Cinderace’s biggest setbacks is its lack of sustain. Once it’s low on HP, there’s not much it can do other than run away, head back to base, or grab a Sitrus Berry. Luckily, Leftovers provide Cinderace with a bit of the help that it desperately needs—especially if it’s going in alone without the assistance of a Supporter or Defender Pokémon. With Leftovers, Cinderace will restore a bit of HP when not engaged in battle, ensuring that it’s ready to strike once more.

To maximize Cinderace’s damage output, X Attack is its best option in the battle item slot. Every 40 seconds, Cinderace will gain access to this item that further boosts its attack for a few seconds, letting you take down opponents in record time. With other powerful held items like the Muscle Band and Scope Lens at Cinderace’s disposal, X Attack further extends Cinderace’s sheer damage output. While a Potion or Eject Button might seem fitting for this Pokémon, Cinderace’s low HP and survivability make the focus on damage all the more necessary.

While Low Sweep offers Scorbunny extra mobility, its damage pales in comparison to Ember. Ember is also a ranged attack, allowing Scorbunny to take care of the wild Pokémon on the way to the outermost goal with ease—as well as offering it an attack to reach opponents that venture too close.

Cinderace’s signature move is Pyro Ball, but Blaze Kick offers a lot more utility for the Striker Pokémon. When using Blaze Kick, Cinderace jumps into the target, burns them, and puts itself in range to do further damage with basic attacks. At level 11, Blaze Kick also increases Cinderace’s attack speed for a short duration, allowing it to unleash a flurry of fireballs on opponents to quickly deplete their health.

Feint is one of the strongest yet situational moves in Pokémon UNITE. Upon using this move, Cinderace becomes temporarily invincible and gains a short burst of movement speed. If timed correctly, Feint can be used to avoid any damage coming from opponents—including Unite Moves that only inflict one instance of damage. If you can master Feint, you’ll find that Cinderace will almost always have the upper hand in one-vs-one fights in the late game.

Cinderace’s Unite Move, Blazing Bicycle Kick, hurls a giant fireball at opponents that explodes for massive damage in an area-of-effect. After using it, Cinderace gains a short burst of movement speed that allows it to quickly catch up to any opponents that may have escaped the explosion. When contesting pivotal objectives like Rotom and Zapdos, using this move to quickly deplete the health of your opponents is key, allowing both you and your teammates to get the upper hand.