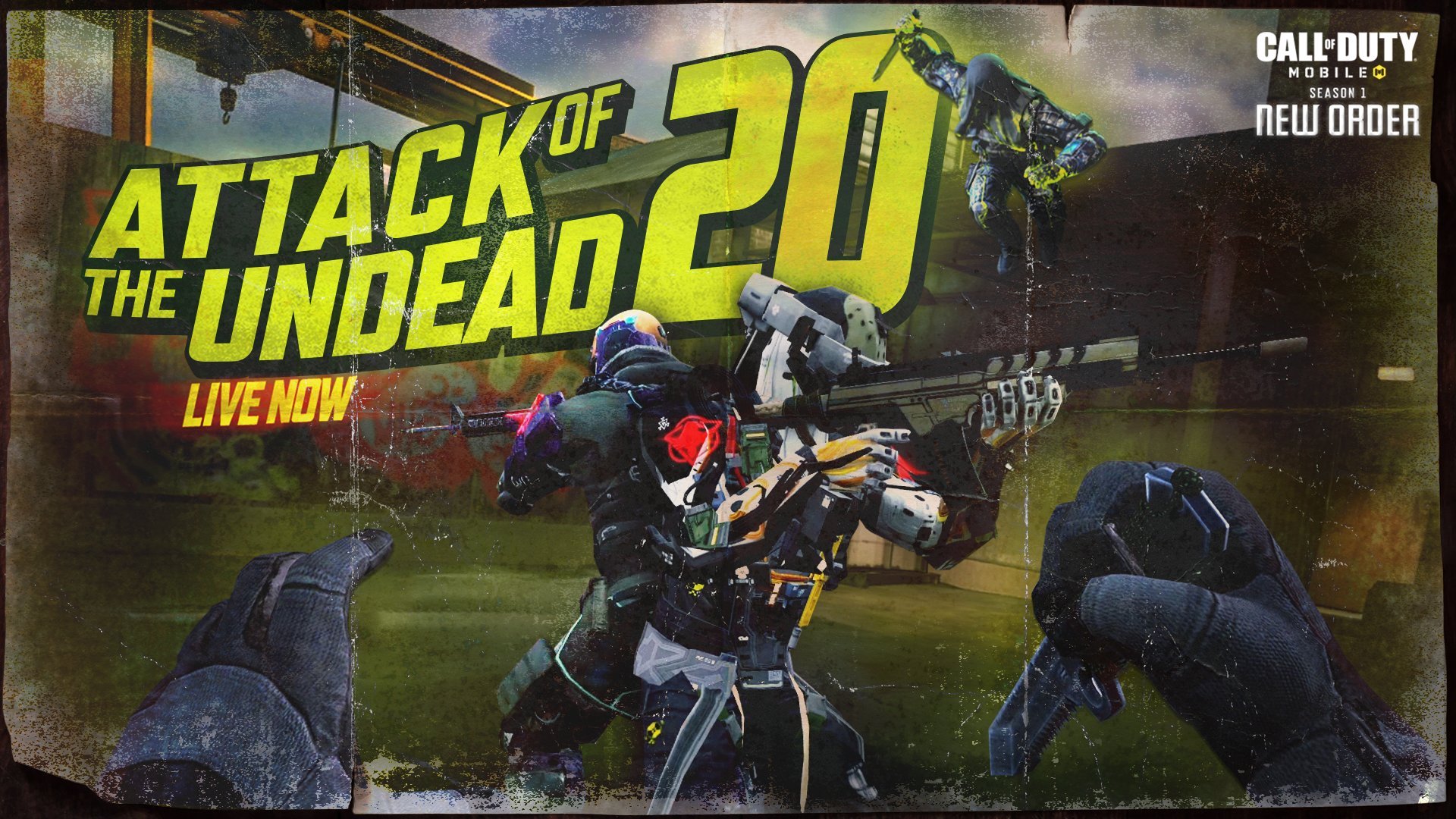 The Attack of the Undead mode is back in Call of Duty: Mobile, but with a twist. Instead of 10 players, it will now feature 20.

After these two players die, they’ll respawn with a knife and ax only. The ax can be thrown at survivors to kill them while the knife is effective in close-range fights. The undead have infinite respawns. The survivors, on the other hand, turn into the undead after being taken down.

Related: How to get the GKS – Kitsune in Call of Duty: Mobile

The goal of the survivors is to last until the time limit runs out while protecting themselves from the undead. The last survivor is given the Death Machine along with some extra health to survive the horde of 19 undead players.

The undead and the survivors are also given some special perks to aid them in their mission. The survivors have three perks, which can be collected by killing the undead:

The undead’s operator skill gives them faster movement speed along with silent movement.

A new event has also arrived in CoD: Mobile alongside the Attack of the Undead 20 mode. The Undertakers Storm: Swarm is a featured event in which players have to complete some missions in the new mode to earn rewards. This includes weapon XP cards, the MW11 pistol with The Numbers camo, Ruby Visor sticker, M4LMG with The Number camo, and the lightgun trainer calling card.

The mode and event will last until Feb. 26.