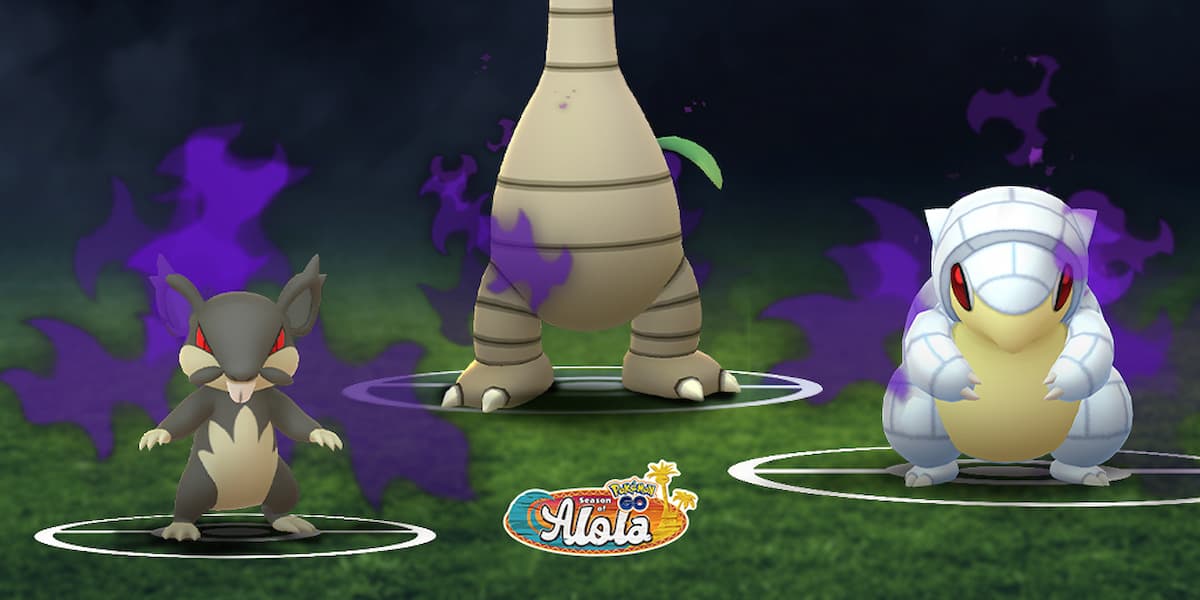 Team Go Rocket is back in the spotlight. Members of the team are taking advantage of the recent Alolan adventure going on in Pokémon Go, hosting an All-Hands Rocket Retreat with their new Shadow Pokémon and causing trouble.

The event, which runs from April 3 to 7, has Go Rocket appearing more frequently and with a new lineup of Shadow Pokémon. Even the three leaders, Sierra, Cliff, and Arlo, will have some new additions to their team.

Throughout the event, players will be working to obtain and activate the Super Rocket Radar, which will lead the way to Giovanni and his newly acquired Shadow Latias. Saving all the new Shadow Pokémon is the goal, but it won’t be easy.

Players will also have new event-exclusive Field and Special Research available to complete. Here are all of the research tasks and rewards.