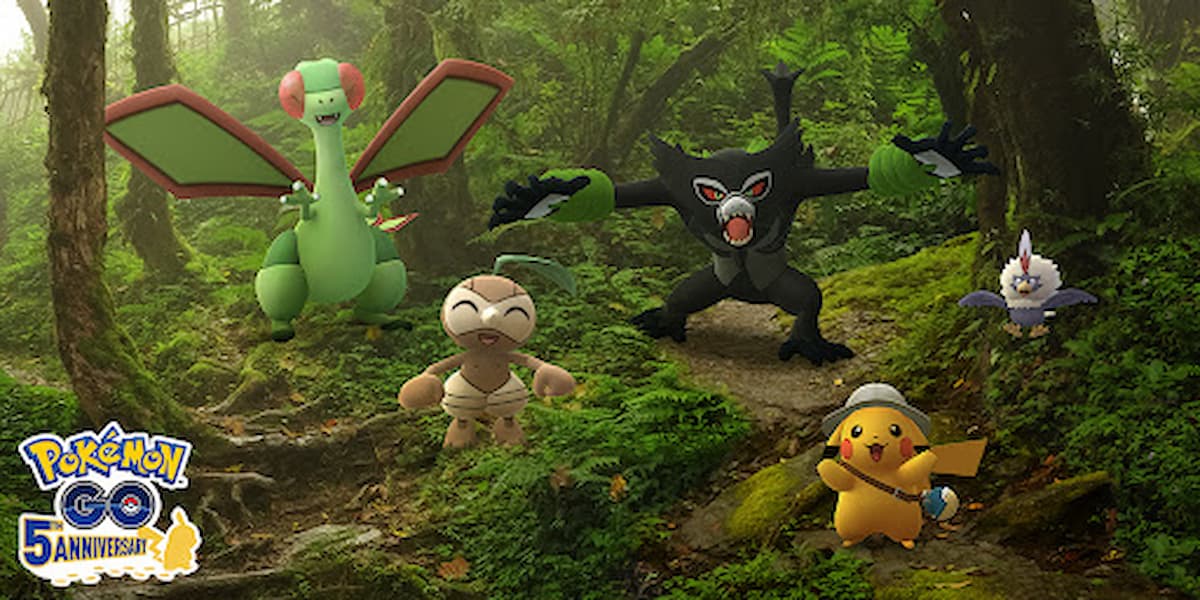 Pokémon Go is celebrating the upcoming release of the latest Pokémon film, Pokémon the Movie: Secrets of the Jungle, with a new crossover event that will blend new and old content that ties into the movie.

Running from Oct. 1 to 10, the Mythical Pokémon Zarude will be appearing for the first time in Pokémon Go, along with multiple Pokémon that show up in the film. And if players get lucky, they might encounter some event-specific shiny Pokémon, too.

Just like with most normal events, the shiny rates for these Pokémon won’t be boosted like they are during Community Day events, though your chances of encountering the event-specific shinies are increased. So if you plan to look for some shiny Pokémon in the jungle, here are all of the shiny Pokémon that can appear in the Secrets of the Jungle 2021 event.