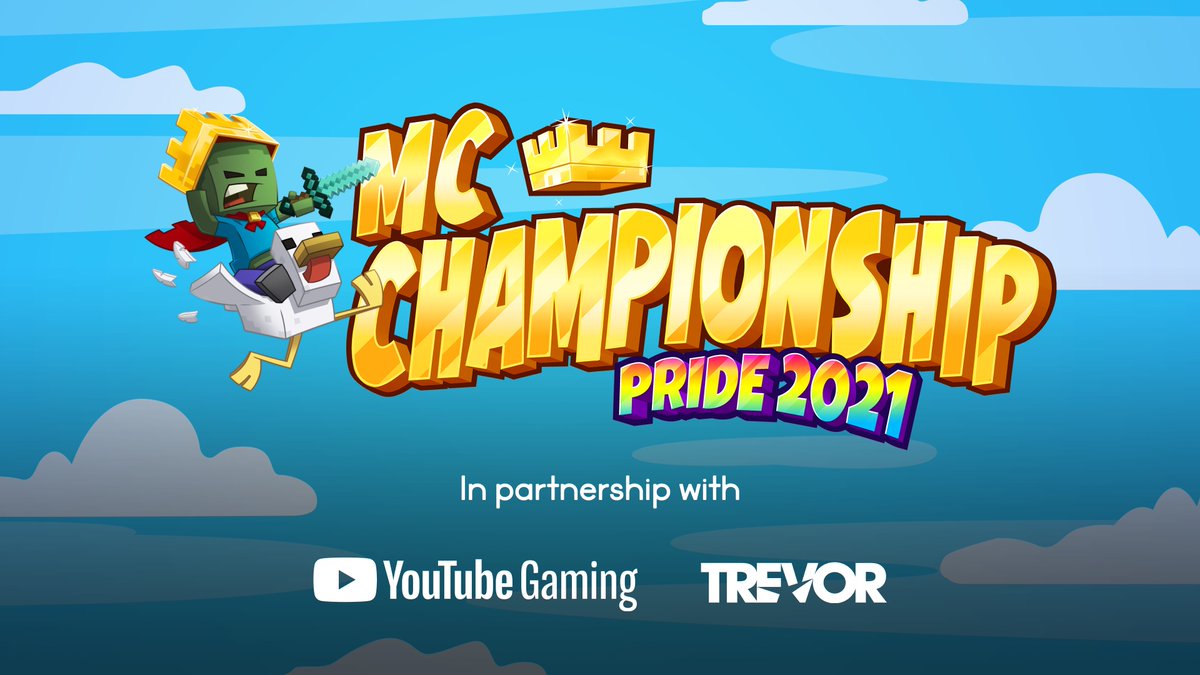 Noxcrew hit the ground running with season two of the Minecraft Championship (MCC). And for the second event of the new season, MCC will be celebrating and supporting Pride on June 26.

MCC Pride 2021 will be run in partnership with YouTube Gaming and The Trevor Project, a nonprofit focused on suicide prevention efforts among LGBTQ+ youth, as a special charity event.

The Pride event will be run as a typical MCC tournament with some extra bonuses. Viewers will be able to watch their favorite content creators compete and donate to The Trevor Project, with YouTube Gaming donating $100,000 to the cause.

Noxcrew already said there will be some new faces competing in MCC Pride, likely to help highlight LGBTQ+ creators. And because the event is in partnership with YouTube Gaming, it is likely that some content creators will opt out of competing because they might not be able to stream their point of view on Twitch.

But it does look like the format and team names will remain the same. So with that in mind, here are the teams for MCC Pride 2021, with updates added as players are announced.

MCC Pride 2021 will run on June 26 at 2pm CT, with more details about the event, teams, and games to be revealed in the coming weeks.