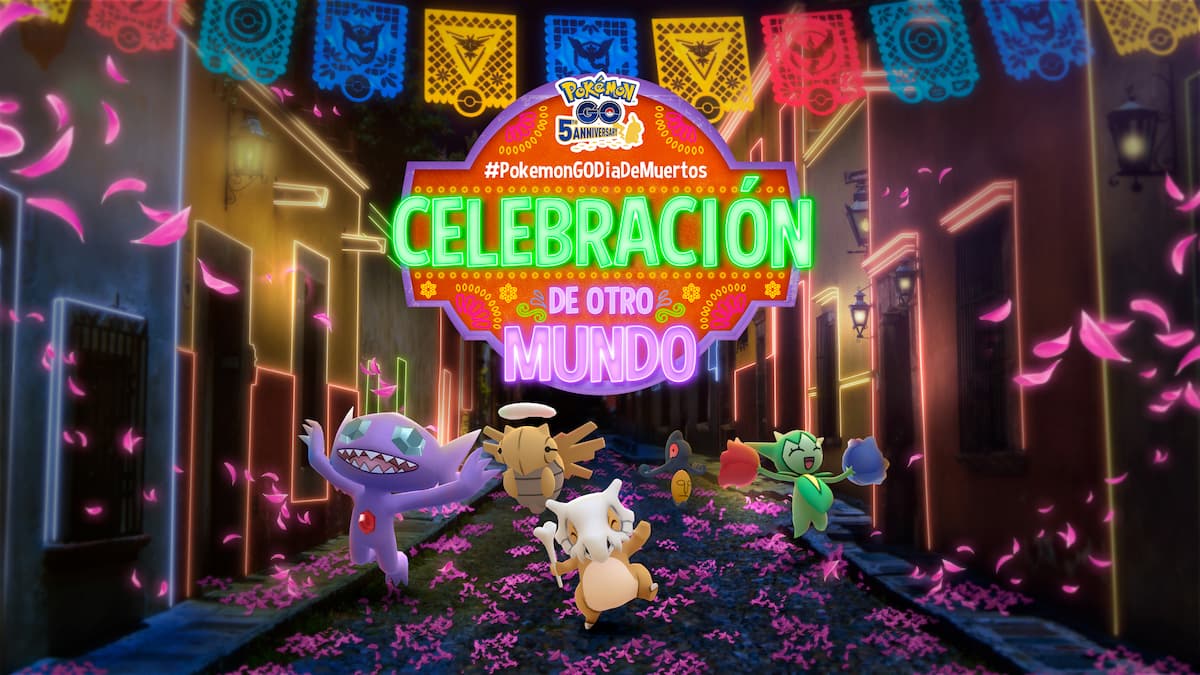 Even though the season of the spooks is almost over, players aren’t yet leaving the Ghost-type-centric area of content. The Día de Muertos event begins soon after Halloween in Pokémon Go.

Unlike the Halloween events that just concluded, the Día de Muertos is a bit smaller and focuses on a wide variety of Pokémon that represent incense, flowers, colors, and more, tying into the holiday’s festivities.

The event, which runs from Nov. 1 to 2, will see Pokémon like Cubone, Sunkern, Murkrow, Houndour, Sableye, Roselia, Sunflora, Drifloon, and Yamask appearing more frequently. This will also be the first time the event is available globally, though trainers in Latin America and the Caribbean will still receive extra bonuses.

As part of the event, players can claim a free Event Box containing 20 Poké Balls and an Incense, and a free Día de Muertos T-shirt avatar item. Players can also complete a new Collection Challenge alongside new event-exclusive research, which you can complete by finishing the following tasks: