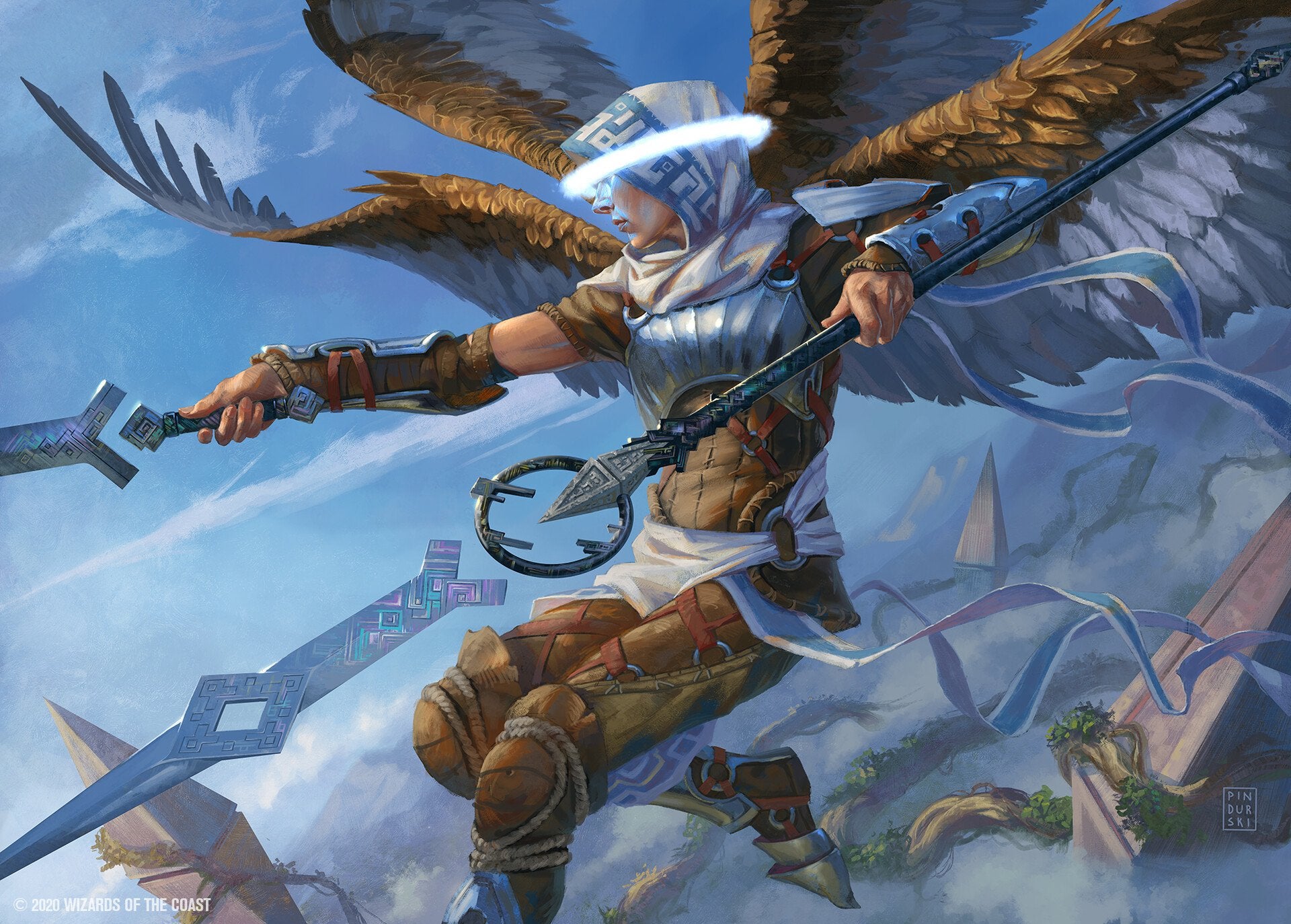 The flavorful new MTG mechanic Party leans into the adventure theme found within Zendikar Rising, allowing players to form a classic tabletop RPG party to lead them to victory.

A party consists of four creature types: rogue, cleric, wizard, and warrior. For each creature in your party, you’ll be provided some kind of buff that maxes out with assembling a full party. Linvala, Shield of Sea Gate, for example, can shut down an opponent’s nonland permanent until your next turn if you control a full party.

Here are the party-specific cards revealed on the first day of Zendikar Rising spoiler season.

Tazri can enter the battlefield as a one-mana 4/6 with a strong activated ability that can find your deck’s silver bullet by digging six cards deep. That’s the best-case scenario. But even paying three mana for a 4/6 is a decent rate that mono-white strategies could afford to play. The activated ability is interesting because it can be paid with four mana (UBRG) or eight generic mana. Tazri might fit within five-color party strategies in the upcoming Standard meta.

This is another card that rewards going wide and getting a full party. Paying six mana for this effect is a no-go. But paying two mana to gain three and draw three is strong. Even paying three mana and using the card draw to complete your party seems like a decent line of play. It’s a solid reward for having a full party.

This card is a good early member of your party, but we’re not sure how strong its ability will end up being. With a full party, it can most likely force your opponent to reveal their hand and you can snipe any of the cards. If Acquisitions Expert is played on curve on turn two, its ability is bad.

This card can fix your party early. Need a Rogue? Tajuru Paragon can fill that role. This ability makes the card playable because it seems like the worst thing for a party-focused deck is not being able to assemble a full party quickly. The kicker is good in the mid-to-late game. Tajuru Paragon can find your best cards like Winota, Joiner of Forces, or Tazri, Beacon of Unity.

As with most of these cards, having a full party makes it completely worth it. For one mana, find any card in your library and play a four CMC or less card for free. That’s excellent. Even if you use this to complete your party, two or three mana to search for the card you need is worth it considering how powerful having a full party seems to be. This is also another card that can find Winota.

We can’t see this getting Standard play at all. It’s a decent way to gain some life in Limited formats. The most Shepherd of Heroes can do is gain you eight life, which is worth something. But in most cases, you’ll probably be gaining four or six life when this comes down.