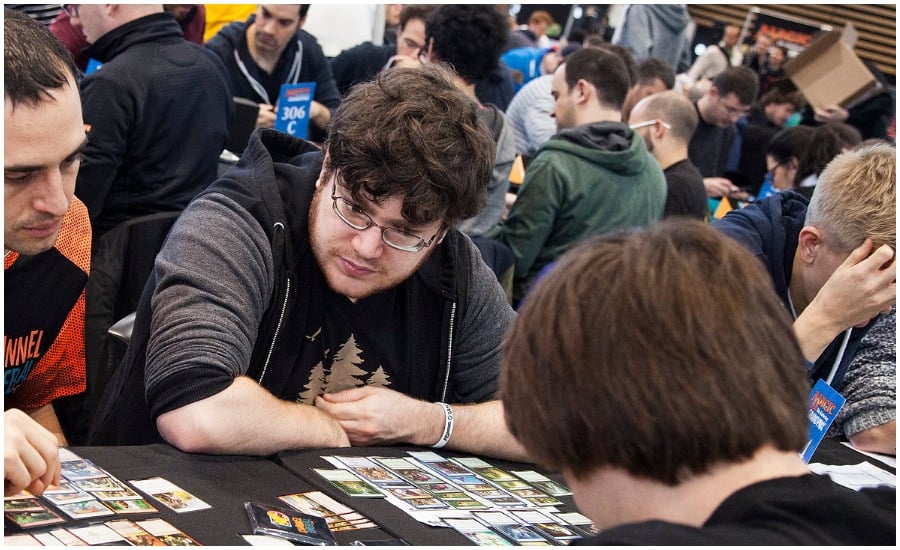 The new open beta MTG Companion app by Wizards of the Coast, a tournament organizer for tabletop and digital play via MTG Arena, is being released today.

Improving home (tabletop and digital) and local game store Magic tournaments, the MTG Companion app keeps track of up to 16 players and their win and losses per match. The app is available for Android devices and iOS starting today.

WotC is asking for input from the MTG community regarding the open beta app since there are plans to expand upon it in the near future. In regards to the previously-announced Portal app, MTG Companion is its replacement.

“It became apparent that it did not meet the needs of players in the right way,” WotC’s Blake Rasmussen said. “That team’s efforts were valuable in guiding the process for the Magic Companion app, and we learned a lot that would ultimately guide where we’re at today.”

The MTG Companion app is also a testing ground for future products already in the works. For now, however, Companion is in the early testing stage of open beta. Players can use the app for home or local game store tabletop and MTGA tournaments, rather than having to creatively find a way track of wins, losses, and bracket placements.

In addition to the MTG Companion announcement today, WotC has partnered with Epic as a way to increase player availability and platforms (like Mac). There’s also the recent announcement regarding a structured path toward the Magic Pro League (MPL).