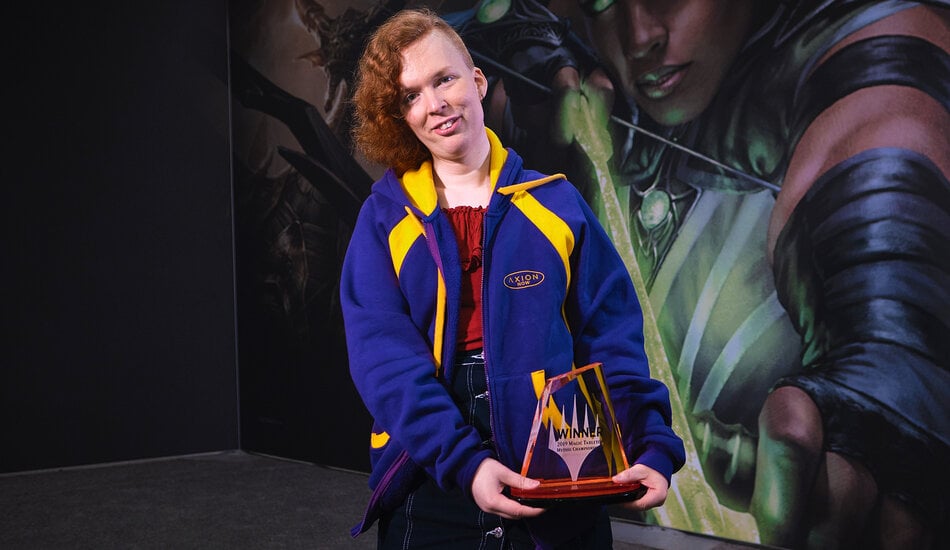 Wizards of the Coast has walked back on its initial decision of prohibiting Magic: The Gathering player Autumn Burchett from playing basic land cards that had been modified in support of transgender rights. The company is now allowing the cards to be played during the Mythic Championship VI day two Standard Constructed rounds.

The move by WotC to allegedly censor Burchett during the day one matches at MCVI didn’t go over well with either the Magic or LBGTQ+ communities. After switching the tournament broadcast’s stream chat over to sub-only mode following massive amounts of support for Burchett, it seems that the company has had a change of heart.

Burchett changed the basic land cards they used for the day two matches. The land card from day one had an illustration in conjunction with a large mana symbol. Burchett used different styled lands during the day two matches, making sure the name and mana symbol of the land wasn’t blocked by their alternative-art text written on the cards.

Finding an alternative solution for Burchett was ideal for WotC after taking heat for its decisions over the last 12 hours. Rather than attempting to explain its decisions to an angry fan base, a compromise was made. Some might say it’s a day late, but at least Burchett was given the opportunity to voice their support for the trans community.

Burchett isn’t ranked in the top 24 at Mythic Championship VI and may not be able to make it to the top eight. But at least they can enjoy playing on day two.