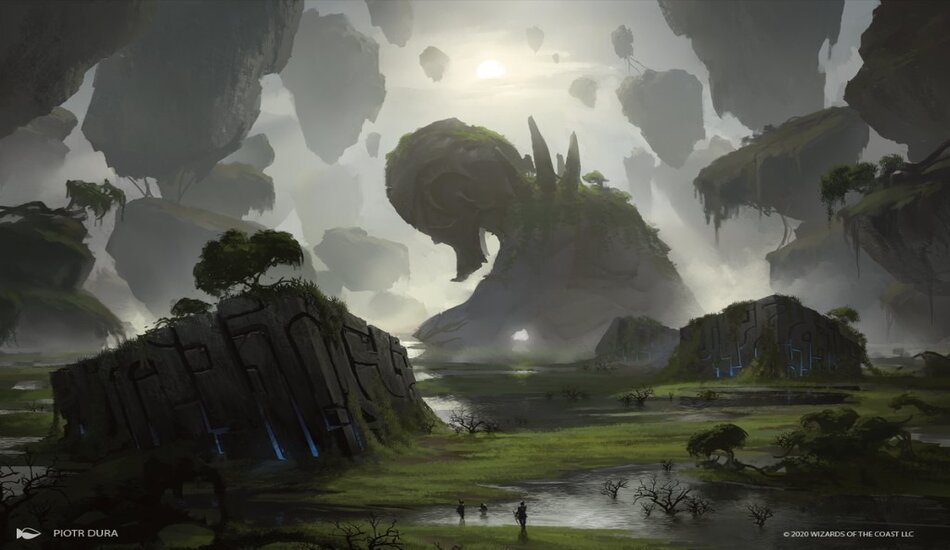 Hexproof is one of the strongest mechanics in Magic: The Gathering.

Hexproof in MTG means that a card, creature, or player “can’t be the target of spells or abilities your opponents control.” For a player, this could prevent incoming damage from lightning bolt or shock spells that popular Burn decks play.

Creatures that have Hexproof and cards that give it are regularly used as an extra safety measure in decks that could otherwise be vulnerable to removal or direct-damage effects.

There are some strategies that rely heavily on buffing one creature over and over. To prevent your opponent from removing your powered-up creature, giving it Hexproof is important.

Here are the best Hexproof cards in Magic: The Gathering.

Leyline of Sanctity is one of the premier cards that white decks keep in their sideboard for matchups against Burn players. Giving you Hexproof, the card can stop the opponent from ticking your life away with an abundance of one-shot red spells.

The best part of Leyline is if you have it in your opening hand, you get to play it for free. Many players will exploit this against especially annoying decks and mulligan numerous times until they have Leyline in their hand, even if it means only having three or four cards in their opening hand.

See Leyline of Sanctity on Amazon

Slippery Bogle and Gladecover Scout are the pinnacle Hexproof creatures. While they’re only 1/1, they’re regularly used in decks centered around auras, enchantments, and instants that pump them to be able to deal ridiculous amounts of damage.

The creatures by themselves aren’t impressive, but as you pump them up, opponents will only be able to chump block your Slippery Bogle as it gains abilities like Flying and Trample while its power and toughness rise sky high.

Swiftfoot Boots are a Commander format staple. Getting the card in your opening hand or early in a game can help you get into the action quickly once you have your Commander online.

The combination of Haste and Hexproof makes this something you’ll want to set up before bringing out your threatening creatures that you want to protect.

Nine Lives is one of the most annoying cards to deal with in best-of-one matches in the Historic format. Played in conjunction with Solemnity, you can make yourself effectively unbeatable unless your opponent has Enchantment removal in their deck.

He isn’t played as much as he used to be, but for only four mana, Thrun is a powerhouse card for controlling the board state of a grindy game.

Not only does the 4/4 creature have Hexproof, he also can’t be countered. If you do manage to kill him, he can be regenerated for just two mana.