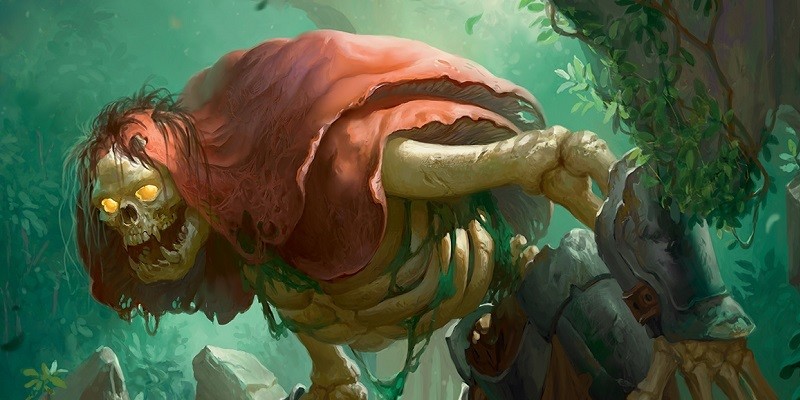 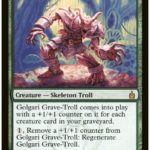 Dredge cards in Magic: The Gathering are powerful tools to exchange your turn’s draw for another Dredge card from the graveyard.

One downside—or upside, depending on what sort of deck you’re playing—is that you have to send a number of cards to the graveyard equal to the Dredge value. If you play an aggressive deck that wants to empower its graveyard as much as possible to increase the power of certain cards, Dredge can help you achieve that goal quickly.

Here are the five best Dredge cards in MTG.

Golgari Grave-Troll is one of the main reasons to use the Dredge effect to increase your graveyard card count. With base stats of 0/0 it can be quickly buffed by the time it sees play when you have five mana. On top of that, you can increase his power when you Dredge him. Out of the six cards you send to the graveyard, some will definitely be creatures, which will buff him up the next time he comes onto the battlefield.

Life from the Loam

Life from the Loam is a powerful spell, allowing you to fetch three land cards from your graveyard for the cost of two mana. The Dredge effect allows you to trade your library for quick draws from your graveyard, allowing you to keep using a land every turn. If combined with other cards that can sacrifice lands, this card can become a major problem for the opponent in no time.

Stinkweed Imp is a rather lackluster creature with only 1/2 stats for a three-mana cost. But it doesn’t need any more damage since he has an ability similar to Deathtouch, which instantly kills any creature damaged by it. For a five-card cost, you can bring him back from the graveyard and use him once again to get rid of those powerful creatures your opponent might be running. It’s a versatile card and worth to be played in Dredge decks.

Shambling Shell is a three-cost creature with mediocre 3/1 stats. But it can be sacrificed to put a +1/+1 counter on a creature that might die to save it, while also being a good attacker if left unguarded by your opponent.

One great aspect of this card is that it has the Zombie subtype, which is a prevalent faction within Black, allowing you to use it in various decks with ease.

Darkblast is a cheap and flexible Instant, allowing you to surprise your opponent whenever you want. You can use it after they block with a big minion to execute it if it’s left with one health or get rid of those pesky Flying monsters with low health pools instead. With a Dredge effect for three cards, you can get this card back from your graveyard easily while also boosting other cards that might benefit from a higher graveyard pool.