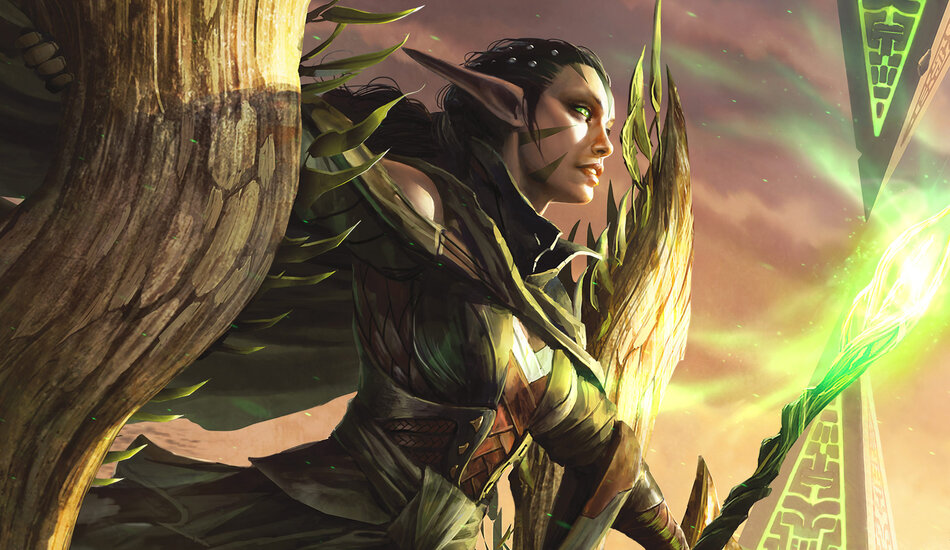 Less than a week after four major cards were banned in the Standard format, Sultai Ramp dominated the meta at the MTG Arena Red Bull Untapped International Qualifier 4 tournament this weekend.

Temur Reclamation was put to rest following the August Banned and Restricted announcement that removed Wilderness Reclamation, Growth Spiral, Teferi, Time Raveler, and Cauldron Familiar from the Standard format. But returning to its former glory as one of the best decks in MTG Standard was Sultai Ramp this weekend.

A total of 1,123 players competed at the MTG Arena Untapped International Qualifier 4 tournament this weekend with 18.5 percent of the top-64 competitors playing Sultai Ramp. Following close behind it was Temur Adventures at 11.3 percent of the top-64 field. But in the top-eight playoffs, it was all about Sultai Ramp with Kazune Kasoka winning the Untapped International Qualifier 4 in a mirror match against Yohei Nomiya.

Five of the top-eight competitors were playing Sultai Ramp, featuring cards like Nissa, Who Shakes the World, Hydroid Krasis, and Uro, Titan of Nature’s Wrath. The removal of Wilderness Reclamation from Standard allowed Nissa and Hydroid Krasis to once again thrive without the fear of Expansion//Explosion. And with Uro surviving the latest string of bans, it remains one of the best ramp and cantrip cards in UG that can return from the graveyard as a powerful 6/6.

The Standard bans also opened the door for a return of Temur Adventures, containing old favorites from the Throne of Eldraine set like Edgewall Innkeeper and Lucky Clover. Mono-Red Aggro was also back on the table, featuring Embercleave, Fervent Champion, and Robber of the Rich.

But neither of those decks made it to the top eight—whereas David Besso’s Orzhov Yorion did—utilizing cards like Yorion, Sky Nomad, Elspeth Conquers Death, Charming Prince, and Kaya, Orzhov Usurper. Also sliding into the top eight was Shota Takao’s Izzet Tempo, a build that contained 16 Instant spells in conjunction with Sprite Dragon, Dreadhorde Arcanist, and Stormwing Entity.

The next Red Bull International Qualifier tournament is scheduled to take place on Aug. 15 to 16. Winners from each qualifier will play in the MTG Arena Untapped Finals later this year.