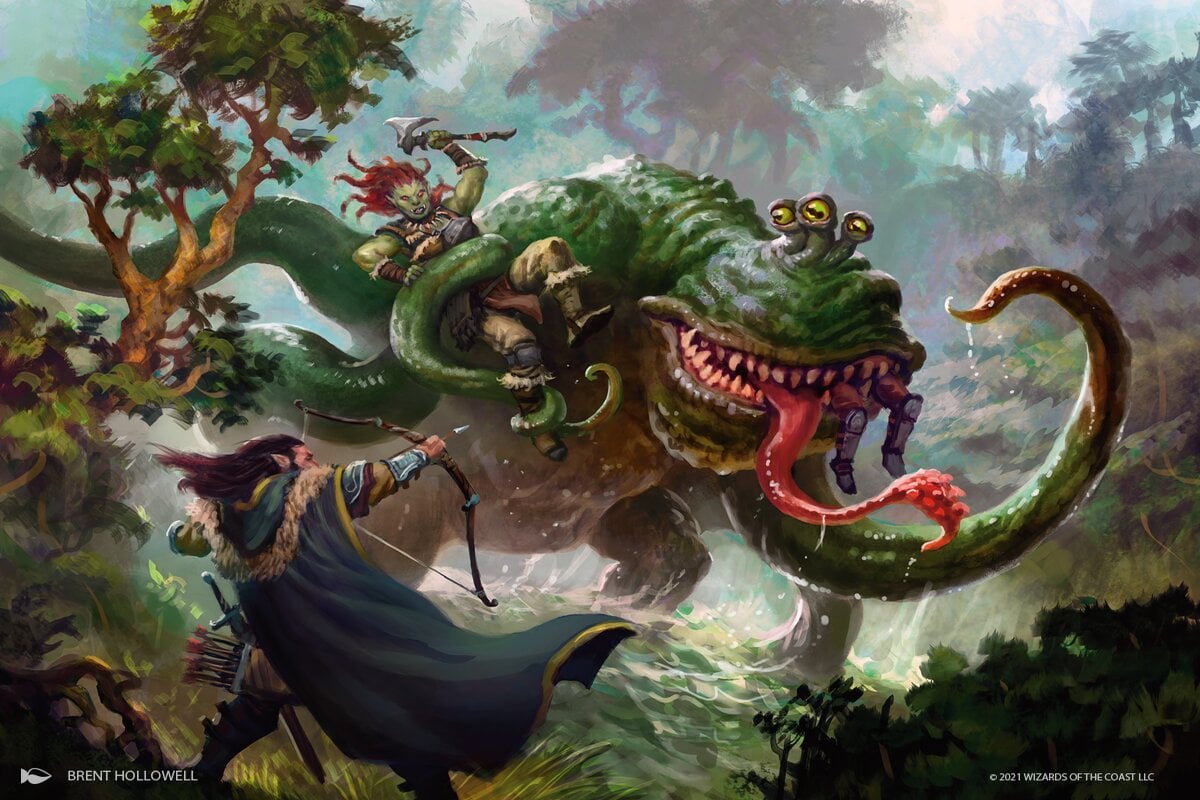 The color Green in Magic: The Gathering got another push today with the reveal of Froghemoth, a Dungeons & Dragons: Adventures in the Forgotten Realms spoiler worth looking out for.

Scheduled to release digitally on July 8, the Dungeons & Dragons: Adventures in the Forgotten Realms (AFR) set will mash together two of Hasbro’s largest IPs. A Frog Horror creature called Froghemoth was revealed today by r/MagicArena.

Froghemoth isn’t another Questing Beast. The Frog Horror costs one more mana to cast but is still powerful in its own way. Froghemoth has Trample, Haste, can exile cards from your opponent’s graveyard, gain +1/+1 counters, and provide Lifegain.

Froghemoth in any other Magic color wouldn’t have as much potential as a five-drop. That’s not really an issue in Green, though, no matter the format. The Frog has Haste and Trample with 4/4 stats, similar to Questing Beast. Instead of Deathtouch, it exiles cards from the opponent’s graveyard. This effect can then add a +1/+1 counter to Froghemoth for every creature card that was exiled.

As an added bonus, Froghemoth’s controller earns one life point for each non-creature card exiled that way. Questing Beast is still a better fit in Green stompy builds, but it leaves Standard via the fall rotation on Sept. 17. The post-rotation Standard meta will look much different and may have a home for Froghemoth.

You can check out Froghemoth and other AFR spoilers when the set launches digitally on July 8. A global tabletop release is scheduled for July 23.