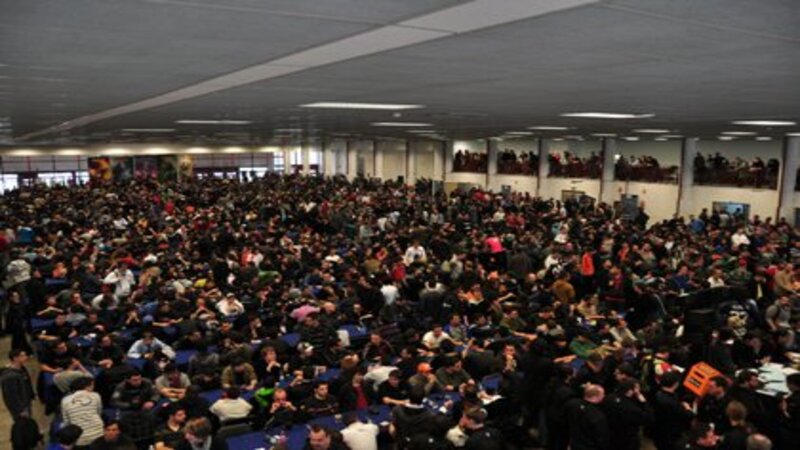 In an unprecedented move by Star City Games, the Standard format has been removed from the Season Two Invitational just two weeks before the tournament. Players are frustrated with the Standard metagame dominated by Oko, Thief of Crowns, according to the SCG team.

Standard in Magic: The Gathering is under siege from the Throne of Eldraine planeswalker Oko. Wizards of the Coast recently said that there wouldn’t be an emergency ban scheduled due to Mythic Championship VI taking place from Nov. 8 to 10. And that decision has led to SCG replacing Standard with the Pioneer format for the Season Two Invitational.

While the last-minute decision forces players attending the SCG Invitational to create new decks in just two weeks, the Magic community seems to be taking the news in stride. Several Magic pros, including Mythic Invitational winner Andrea Mengucci and AliasV, said the change is a bold move and that it’s a shame WotC didn’t respond in a similar manner.

Oko is a legal planeswalker in the Pioneer format, but his impact on the metagame is diminished. Pioneer is a format that includes 29 Magic sets, from Return to Ravnica to the present Throne of Eldraine. Oko will still be played, but he won’t dominate the meta.

WotC isn’t introducing the Pioneer format to competitive tournaments until the first event of 2020. But that isn’t stopping other major tournaments from including it sooner. The Star City Games Second Invitational runs from Nov. 17 to 19 and will be streamed on the SCG Twitch channel.