Sacrifice triggers increase with Bloodrush Aspirant in Theros: Beyond Death 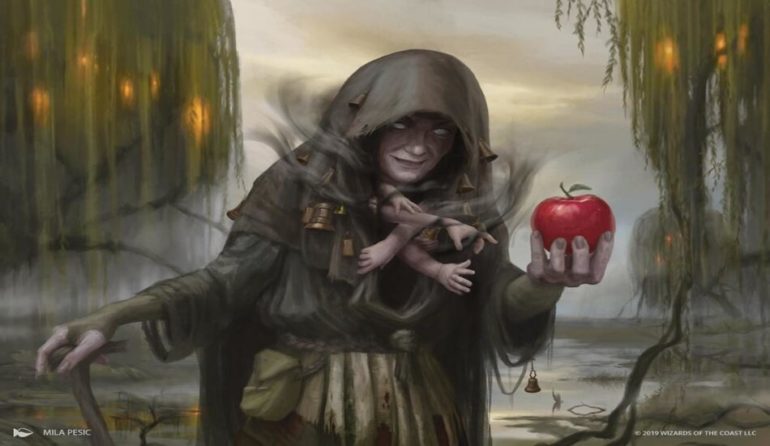 Jund Sacrifice and the cat/oven combo has another trigger outlet with today’s Theros: Beyond Death spoiler, Bloodrush Aspirant.

One of the most powerful decks to emerge from the Throne of Eldraine set was Jund Sacrifice, which used Cauldron Familiar as a sacrifice outlet and Witch’s Oven as the engine while Mayhem Devil pinged an opponent for one damage with each sacrifice. Bloodrush Aspirant also has the ability to ping for one damage, and it grows in strength with the sacrifice of a permanent.

The THB spoiler wasn’t in English but there is a rough translation of it.

Bloodrush Aspirant in the THB set is also a Satyr creature, creating synergy with Gallia of the Endless Dance in Limited Draft. There should also be plenty of sacrifice outlets to trigger it in THB Limited too, making it a solid Uncommon pick. But it’ll most likely get used in Standard Constructed Rakdos and Jund Sacrifice builds.

The Satyr isn’t a replacement for Mayhem Devil since it requires a CMC of two, one Red, and the sacrifice of a permanent to deal damage. But it adds an extra layer of synergy to the sacrifice decks, especially since it can grow from a 1/1 to 3/3 the following turn with a single sacrifice combo between Cauldron Familiar and Witch’s Oven.

Bloodrush Aspirant is like a mini Korvold, Fae-Cursed King, without flying. It triggers a +1/+1 counter with every Food, creature, enchantment sacrifice. And even with Fabled Passage. But the new THB set has ways of exiling graveyards, which could slow the sacrifice decks down tremendously.