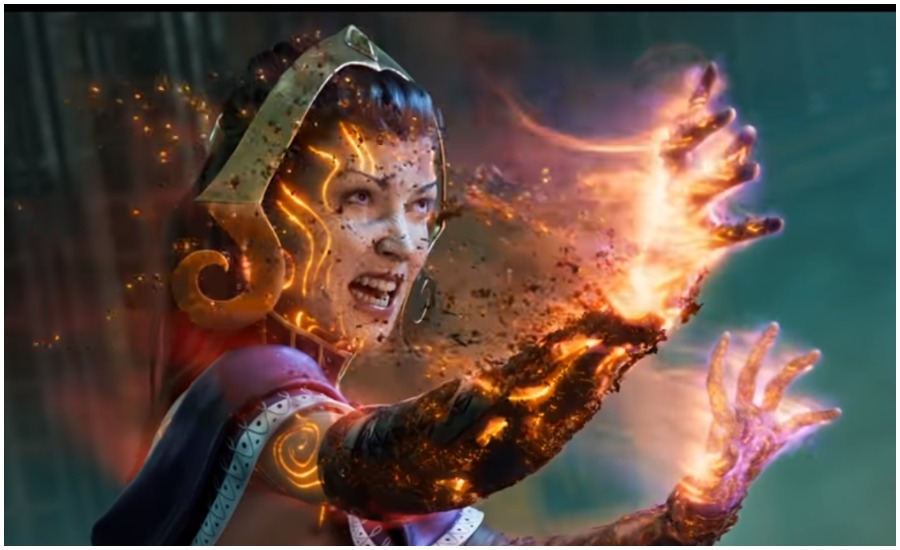 Day two of the Magic: The Gathering Mythic Championship II is underway and it’s been a morning filled with upsets and controversial decisions.

The featured table in Limited draft War of the Spark has the top players from day one all seeking to finish in the top eight by the end of day two. The two undefeated players from day one, Olivier Ruel (8-0) and Fernando David Gonzalez (7-0-1), were left to fight on the main table.

Ruel drafted a red/green deck with a focus on Kronch Wrangler, while Gonzalez drafted blue/black. The matches quickly found favor with Gonzalez since Ruel’s Kronch Wrangler was unable to deliver. Ruel passed up on two Giant Growth’s during the draft, and likely came to regret that decision when he couldn’t break through to face. Gonzalez took the match and remained undefeated after round one.

Round one controversial match

The craziest match of round one goes to the face-off between Yuyya Watanabe (7-1) and Andrew Watts (7-1). Watanabe drafted a wild four color deck, with Niv-Mizzet Reborn as the focus and Enter the God Eternals as its support. Watts, on the other hand, drafted a red/black deck with a focus on multiple planeswalkers.

Watanabe and Watts were 1-1 for the round when Watts attacked in match three with Sarhan, the Masterless as a four/four flying dragon. Watanabe, unsure of the rules regarding how Sarhan receives damage, checked with a judge before blocking Sarhan with his Snaresnipper.

The match was finally stopped almost two turns later. After roughly 10 minutes of debate between judges on the floor, the initial decision was reversed and the board was reset. This caused the match to head into overtime (time allotted ran out) where five turns are allowed before the match is called as a draw.

On turn four in overtime, Watanabe miraculously drew enough land to drop Niv-Mizzet Reborn followed by an Enter the God Eternals to win the match over Watts, taking round one.

Leaderboard after round one

After the dust settled on round one, only Gonzalez remains technically undefeated with one draw. Round two is underway, so stay tuned to more MTG Mythic Championship War of the Spark Limited draft.

Updated round two Limited War of the Spark draft leaderboard