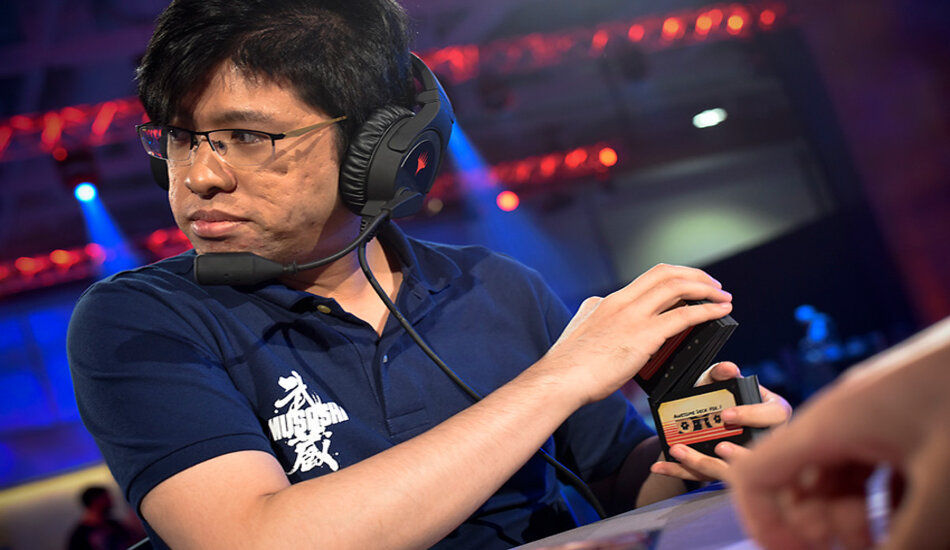 Yuuya Watanabe was disqualified from the MTG Mythic Championship II in London due to markings on his card sleeves.

According to Magic: The Gathering officials, a deck check was performed in round 15 of Modern Constructed and a judge noticed several issues with Watanabe’s card sleeves. Playing a Tron deck, Watanabe had several card sleeves with similar notched markings.

Watanabe is a veteran in the MTG pro scene. He won MTG Player of the Year in 2009 and 2012, and was inducted into the Magic: The Gathering Hall of Fame in 2016.

Watanabe started off day two strong in the War of the Spark limited draft, pulling out a big win against his opponent, Andrew Watts. An MTG floor judge made a poor call when Watts questioned how Watanabe’s Sarhan, the Masterless took damage as a four/four dragon. Watanabe, despite being under the gun in time, pulled out the win.

Heading into Modern Constructed, Watanabe continued to win, earning him a spot in the top eight for the Mythic Championship II playoffs. Shortly before the top eight announcements, however, officials said that Watanabe was being disqualified from the tournament.

Due to the similarities in the markings and power of the cards in a Tron deck, Watanabe was disqualified. Officials declared that the marks weren’t accidental and were likely put there intentionally.

Wizards of the Coast released a statement discussing the disqualification, saying that the incident would receive further investigation by the MPL. But Watanabe is still listed as an MPL player and is set to compete in the new MPL league.