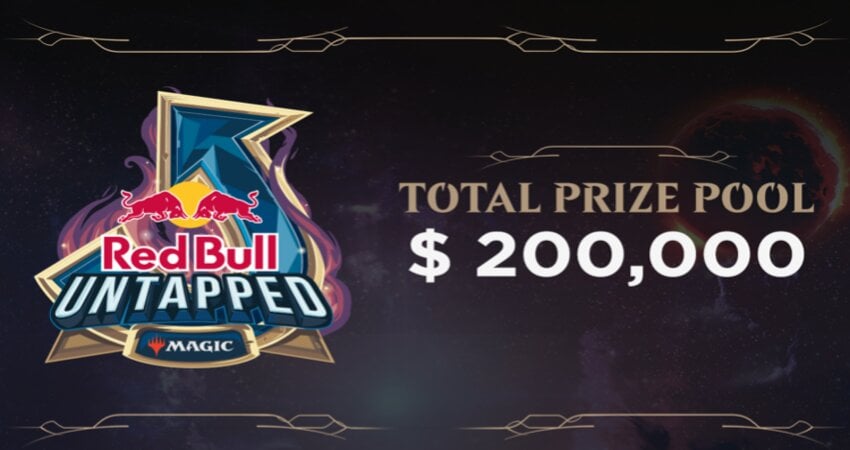 Screengrab via Untapped FACEIT.com Red Bull and Wizards of the Coast

By partnering with Wizards of the Coast and FACEIT, Red Bull is seeking to sponsor a Magic: The Gathering player for the upcoming MTG Mythic Championship VI. Qualifying tournaments are taking place in Italy, Belgium, and through MTG Arena. Applications to enter a Red Bull MCQ event are open from June 1 to 10.

The MTG Arena MCQ hosted by FACEIT and Red Bull will take place on June 29 and 30. The MCQ in Florence, Italy (July 6) and Brussels, Belgium (July 7) will be streamed live on Red Bull’s Twitch channel at 2am CT. The winners and runners-up from each of the four MCQs will battle it out in London on Aug. 4 at 12pm CT. The top eight who make it to London will have their hotel and flights compensated.

In total, there are 1,024 open slots between the four Red Bull MCQ tournaments. The MTG Arena tournaments will be fought in best-of-three group stages, followed by single-elimination brackets. The paper form tournaments in Belgium and Florence will feature three rounds of MTG Sealed Modern Horizons, five rounds in the Modern format, and then the top eight.

Registration for the Red Bull Untapped MTG Mythic Championship VI qualifying tournaments is available from June 1 to 10 on the Untapped FACEIT website.