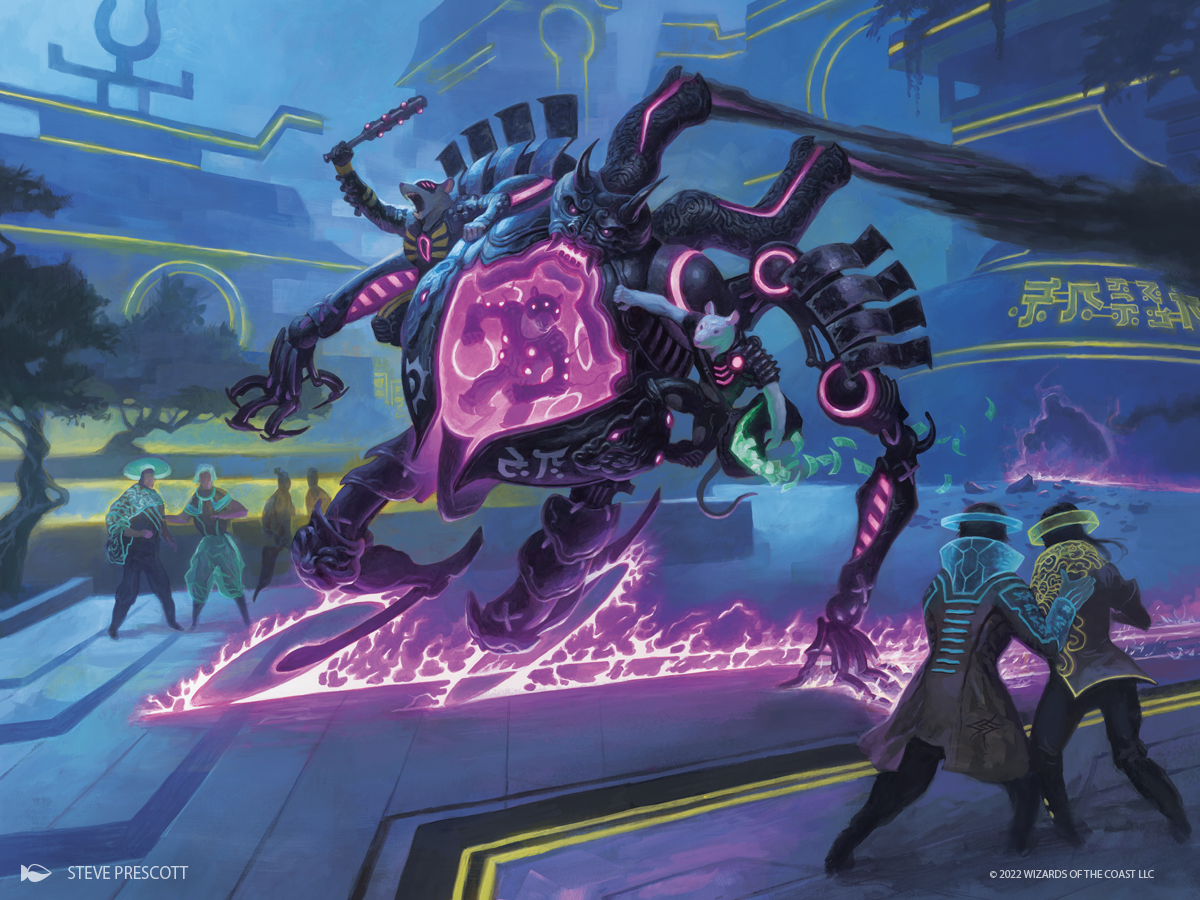 Magic: The Gathering‘s newest set, Kamigawa: Neon Dynasty, has a focus on vehicles that haven’t been seen since the Kaladesh block.

Vehicles are a type of Artifact that turn into creatures when their crew cost is paid. The crew cost can be paid by tapping creatures whose power is equal to that cost. In the past, vehicles had some issues that made the archetype difficult to run.

Vehicles returned to Standard in Kaldheim with a handful of vehicles that ranged from barely playable to a format staple like Esika’s Chariot.

Dot Esports’ exclusive preview card has the potential to become the next big vehicle to hit Standard with its cheap mana cost, card draw, and token generation ability. 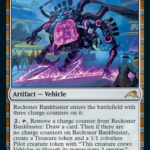 Reckoner Bankbuster is a strong vehicle that doesn’t need to be crewed to gain value from its presence. The activated ability that allows you to draw up to three cards is solid. It gives the player something to do with extra mana at the end of turns.

By the time Reckoner Bankbuster runs out of charge counters, the battlefield will probably be developed and the game will be well into the mid game. This is where the activated ability scales into a way to enable finishers.

Treasure tokens are a good source of mana, but in an Artifact-themed set like Neon Dynasty, it gets even better. A treasure token can trigger a multitude of abilities that happen when Artifacts enter the battlefield.

The activated ability also provides a 1/1 Pilot token that’s the big new addition Neon Dynasty brings to the vehicle archetype. Having a creature that crews as if its power were two greater is an excellent way to enable vehicles with large crew costs.