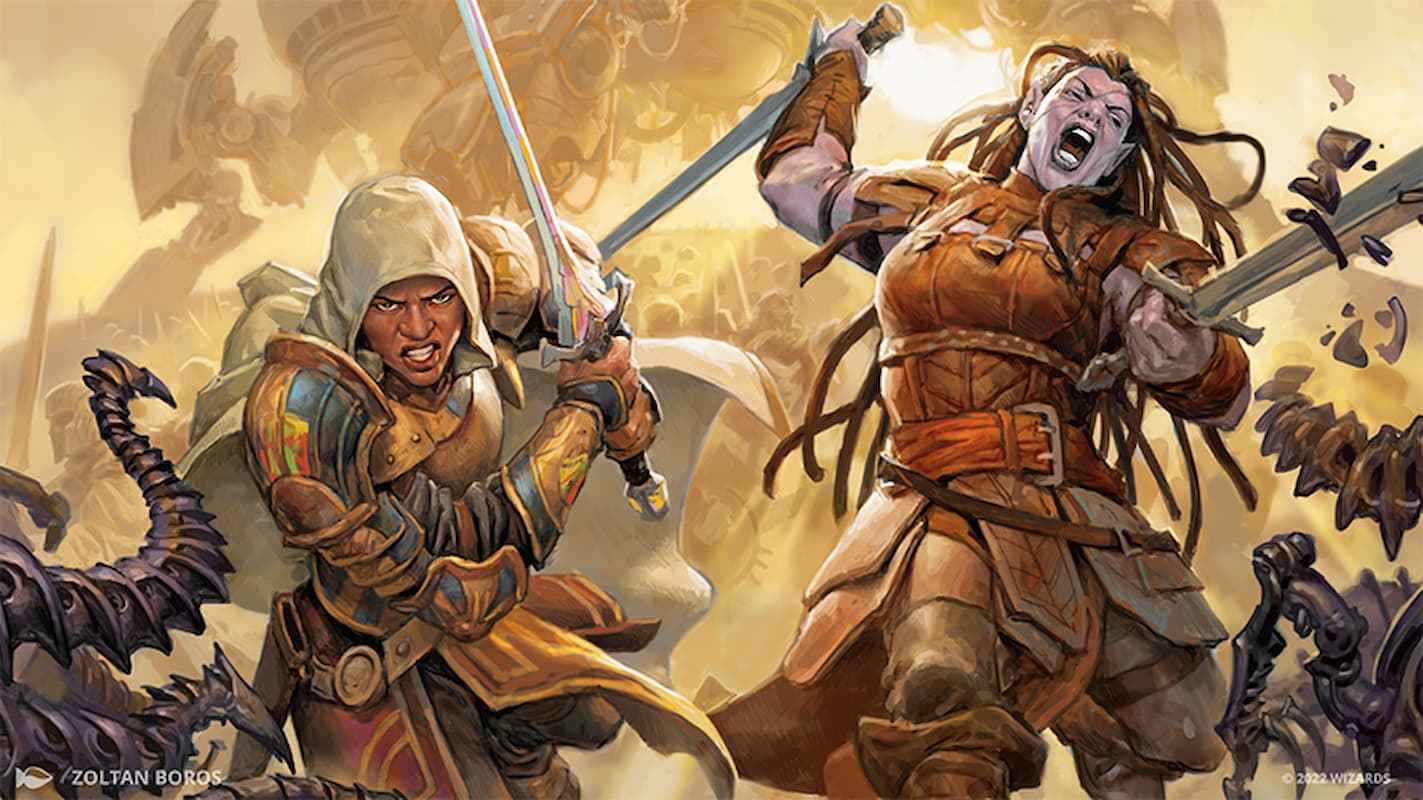 The Domain mechanic is returning to Magic: The Gathering with the release of Dominaria United, featured on Radha’s Firebrand, an Aggro card that uses the mechanic to increase power and toughness when it matters.

Radha is the grandaughter of Astor the Keldon warlord and a potential planeswalker who never had their spark ignite. And a version of Radha returns to the Standard format in Dominaria United (DMU) as a Firebrand. Radha has appeared as a legendary creature before in the colors Red and Green, whereas Firebrand cards in Magic are typically Mono-Red. This is the case with Radha’s Firebrand, a two-drop human warrior who uses their ability and the returning MTG mechanic Domain to overrun opponents.

As a 3/1, Radha’s Firebrand is a solid two-drop in a creature-heavy Aggro deck. Most players don’t have a creature on the battlefield by turn three with a power of three, allowing the human warrior to hit an opponent directly for at least one turn when played on curve.

Players can test out Radha’s Firebrand with the digital release of DMU on Sept. 1 or at the global launch on Sept. 9.