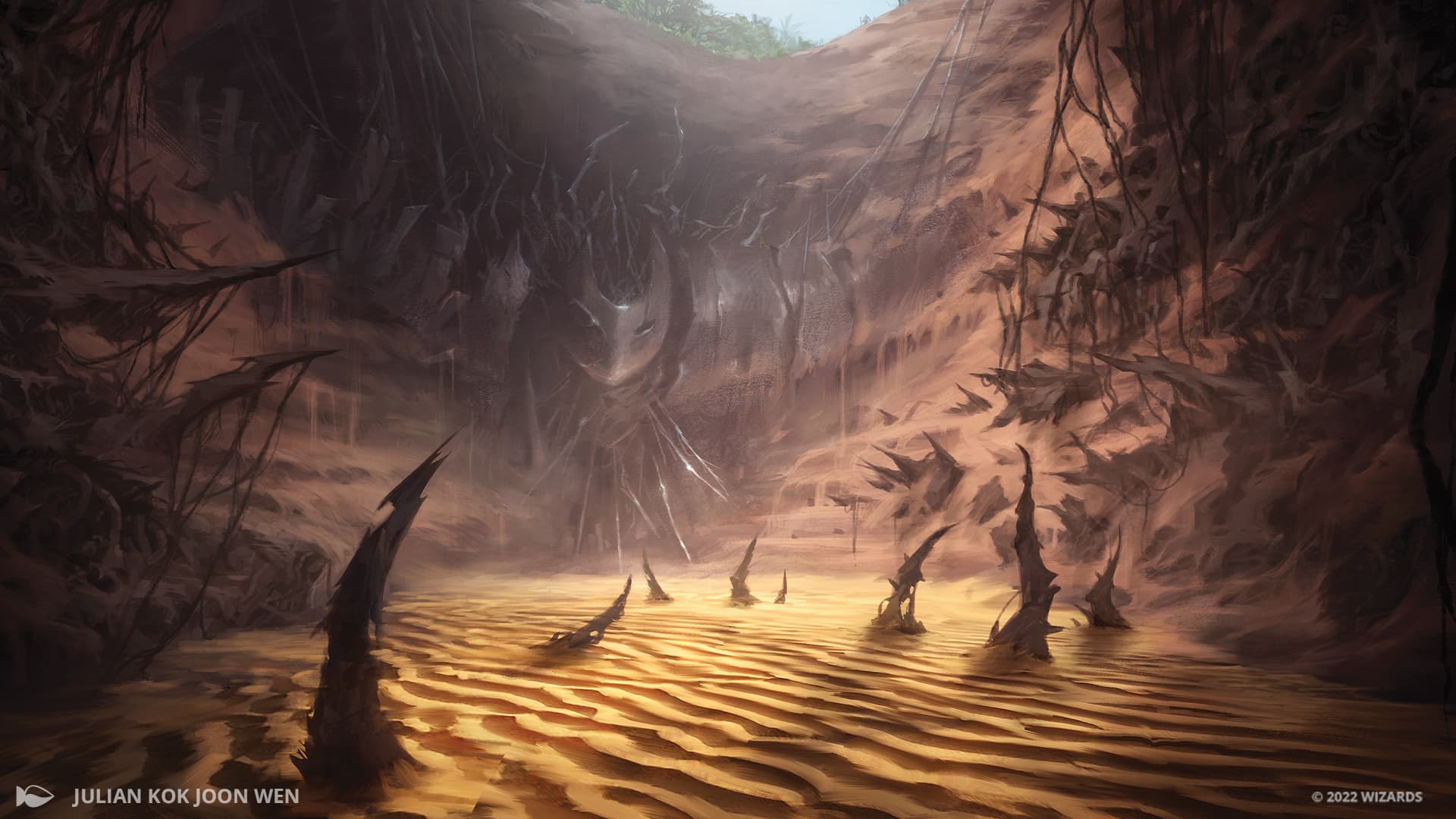 Players will revisit the Magic: The Gathering plane of Dominaria this fall through Dominaria United, containing several returning mechanics with a twist and one new mechanic specific to the set.

Scheduled to release digitally on Sept. 1 and globally on Sept. 9, Dominaria United (DMU) will include popular returning planeswalkers, mechanics, and pain lands. There is only one new mechanic within the MTG set while returning mechanics like Sagas have a new twist to them. Staple mechanics like Flash and Haste are included in the set, along with Deathtouch, Trample, and Flying.

From the return of Kicker to skipping Saga chapters, here’s every MTG mechanic within the Dominaria United set.

Paying homage to MTG Invasion, Kicker returns as a mechanic within DMU. The design team has added some powerful elements to the mechanic, from tapping into enemy colors to repeatable costs that offer additional effects.

Benalish Sleeper is a two-drop Mono-White Phyrexian human soldier who taps into enemy colors through its Kicker cost. Paying one Black mana forces each player to sacrifice a creature upon Benalish Sleeper entering the battlefield. 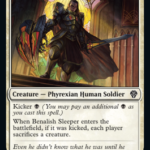 Color flexibility and the option to pay a Kicker cost multiple times for an additional effect will likely have a major impact within the DMU Limited format.

Sagas and Read Ahead

First introduced to Magic through Dominaria, Sagas return within DMU. Similar to Kamigawa: Neon Nights, Sagas have once again evolved, showcasing the option to start at your chapter of choice through Read Ahead. Sagas typically have three chapters, with chapter one taking place on the turn it was played and each chapter activating over the course of a player’s next two turns.

In DMU, players can choose a chapter to start with through Read Ahead. The catch, however, is that skipped chapters can’t get activated. The change improves the playability of Sagas within the Standard format, which is often too fast-paced, especially for a high-costed saga.

The Phasing of Zhalfir showcases the flexibility DMU Sagas can offer. Players can pay the 2UU mana cost to either destroy all creatures through chapter three, phase out a target creature for one turn and then destroy, or phase a target out for two turns and then destroy all.

First introduced within the Invasion set, Domain is a keyword ability that cares about the basic land types. The variety of effects can vary from Domain, from increasing the power and toughness of a creature to determining that creature’s basic stats.

Guardian of New Benalia is a two-drop 2/2 creature with Enlist that also has an additional ability of Scry two when the new mechanic is activated. Having a second bonus is common on many of the DMU creatures that have the new mechanic. Enlist will likely be a strong Limited format mechanic.

Stun Counters are a new mechanic in MTG that prevent a permanent from untapping when it should. As seen on the Stall for Time DMU card, the Kicker applies each tapped creature with a Stun Counter. On controller of those tapped creatures’ next turn, they would normally untap. Instead, a Stun Counter is removed, keeping the permanent tapped for an additional turn.

If a permanent has multiple Stun Counters on it, only one will get removed per turn and the permanent will not have the ability to untap until all Stun Counters are removed. Untap abilities won’t trigger when a Stun Counter is in play and aren’t affected by various MTG effects that cause permanents to lose all abilities.

Updated Aug. 19 at 6:30am CT: Added Stun Counters to the list of DMU mechanics.