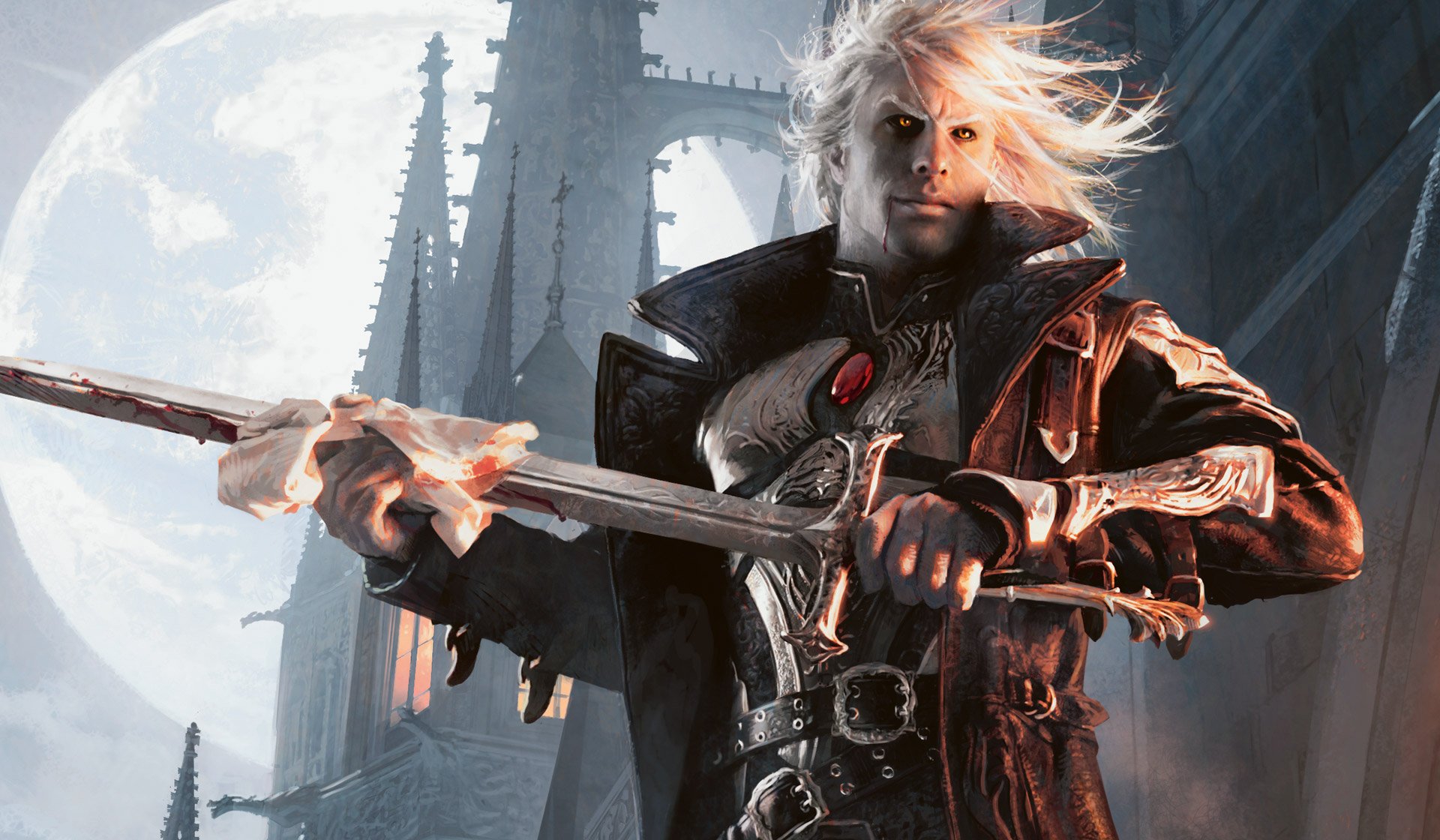 For the first time in Magic: The Gathering history, two sets are being released to end the year within two months of each other.

Rosewater is a senior game designer at Wizards of the Coast who releases a teaser blog before each set’s spoiler season. These teasers provide a hint to the mechanics, characters, and rules of the new set.

Some of the teasers hint at returning mechanics while others leave room for interpretation of what new things Wizards is cooking up for Crimson Vow. Here are some predictions based on the hints from Rosewater’s blog.

This teaser hints at a cycle of utility Artifacts that use a variety of flavorful counters similar to Strixhaven Stadium or Mazemind Tome. Slime counters point to the further expansion of Ooze tribal that’s been a small theme in a handful of sets recently. Midnight Hunt printed Slogurk, the Overslime as an Ooze Commander. Expect more support for the tribe in Crimson Vow.

Invitation counters are probably on an Artifact that directly references a wedding invitation to the Voldaren and Markov wedding that’s at the center of the set’s storyline.

WIth Angels being a relevant deck in Standard, this hint points to Restoration Angel from Avacyn Restored being reprinted in Crimson Vow. The card was included in some recent non-Standard sets like Time Spiral Remastered and Jumpstart: Historic Horizons. It makes sense the Angel could make a return to Standard.

Restoration Angel is powerful but not format warping. It helps Angel decks while also being useful in any White Creature-based build.

Don’t get your hopes up for Snapcaster Mage or Craterhoof Behemoth.

The big story of Crimson Vow is about the marriage of Edgar Markov and Olivia Voldaren. This teaser could point to a card featuring the newlyweds as one powerful legendary Creature.

Similar to The Royal Scions, the card could have both characters in the art without having to name the card after either character. Olivia Voldaren was originally printed in Innistrad while Edgar Markov was a face card in Commander 2017.

A mechanic that first appeared as a faction mechanic returns

Midnight Hunt Vampires were focused on having an opponent lose life. When an opponent already lost life, most Red and Black Vampires gained extra effects when they entered the battlefield. Spectacle from Ravnica Allegiance is the perfect mechanic to make a return. Spectacle offers cards an alternate casting cost if an opponent lost life during that turn.

Spectacle was originally a part of Rakdos in Ravnica and Vampires on Innistrad are the same Red and Black colors. It’s not impossible to see a reprint of Skewer the Critics to further support burn in Standard.

Crimson Vow spoiler season starts this week on Oct. 28 and ends on Nov. 4. The set’s Commander decks will be revealed on Nov. 8 by MTG Muddstah and The Command Zone.

Crimson Vow is scheduled to release on Magic Arena and Magic Online on Nov. 11, with a tabletop release set for Nov. 19.