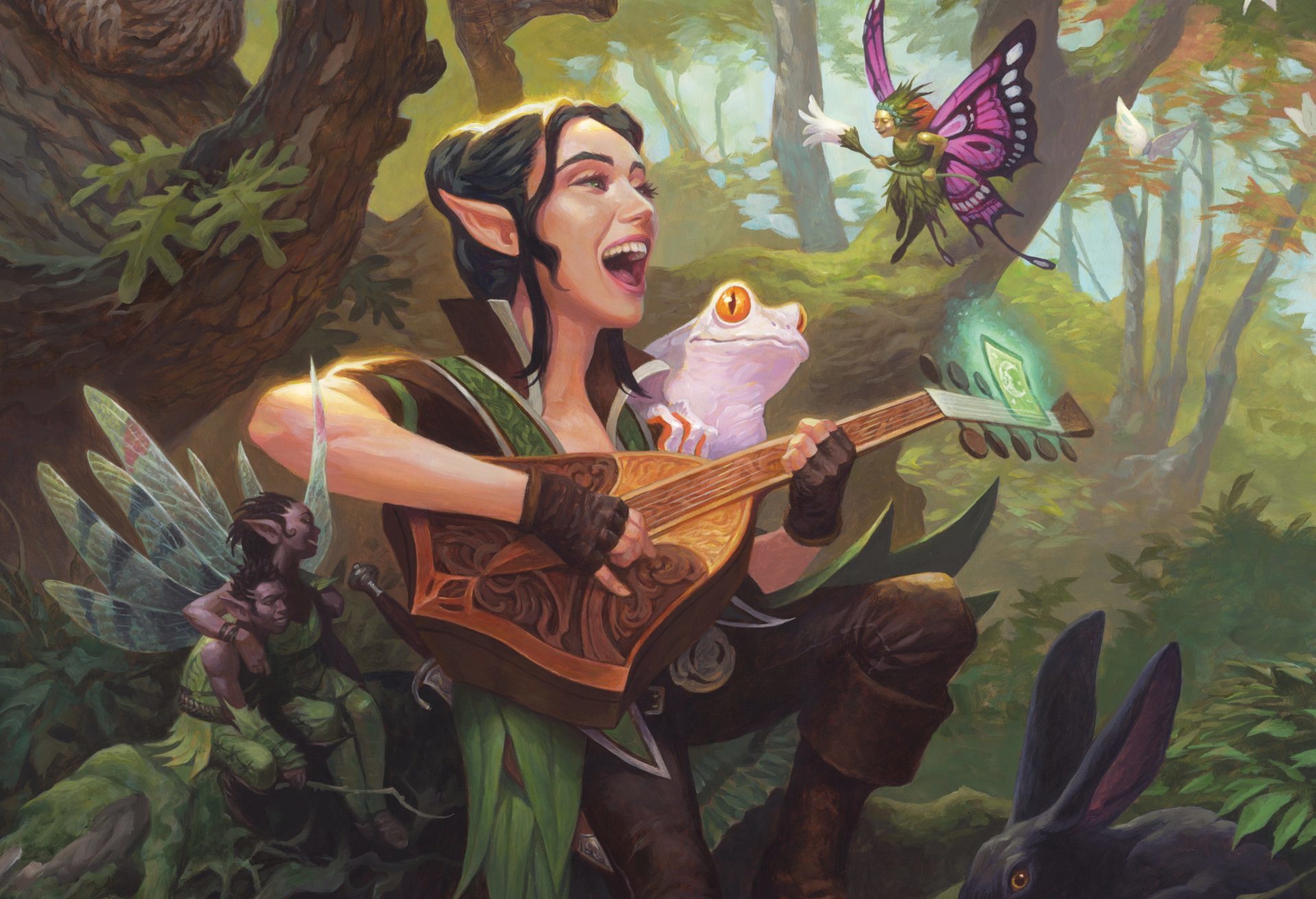 Dungeons & Dragons: Adventures in the Forgotten Realms is making an effort to translate D&D gameplay into a Magic: The Gathering context.

One way Wizards of the Coast is achieving this goal is with the new Venture mechanic. When the player Ventures into a dungeon, they select one of three dungeons to explore. Each time a player Ventures, they can move further into the dungeon.

This new mechanic is getting additional support in the Mythic Rare slot with a planeswalker that can Venture.

Ellywick Tumblestrum is a bard that’s a part of the main adventuring party in the set alongside Bruenor Battlehammer and Drizzt Do’Urden. Ellywick is the second planeswalker revealed for Adventures in the Forgotten Realms, with the first being Lolth, Spider Queen.

Ellywick Tumblestrum is an interesting planeswalker that fits into a narrow archetype. Green is usually the primary color in five-color decks because it’s the best at mana ramp and color fixing. Ellywick’s second ability works optimally with a critical mass of legendary Creatures in the deck. The incidental lifegain from the ability shouldn’t be overlooked.

Being able to have a repeatable dungeon enabler on the battlefield is valuable. This ability’s power is only as valuable as the dungeons included in the set. If the dungeons prove to be powerful, Ellywick will be a useful planeswalker.

Return to Dot Esports on June 30 to see our exclusive Adventures in the Forgotten Realms preview card.