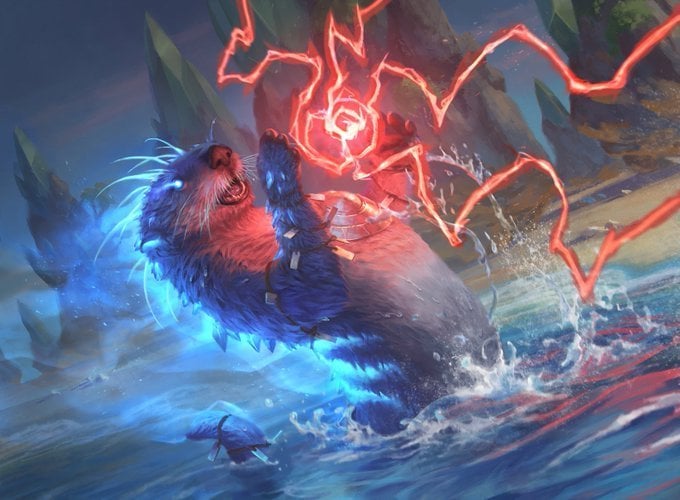 Spoilers for Magic: The Gathering’s newest set, Ikoria: Lair of Behemoths, started today—and a card has already been banned. Meet Lutri, the Spellchaser.

Lutri uses the new Companion mechanic, which trades a deckbuilding requirement for the ability to cast the “Companion” from the sideboard. This becomes especially relevant in Commander games, which feature 100- card decks with one copy of each card at max.

Wizards is allowing Commander players to use companions essentially as an “extra” commander—a 101st card that you can cast at any time. That makes the consistency of Lutri in any blue-red Commander deck concerning.

But the Commander Rules Committee was on top of this one. Within minutes, Commander RC member Sheldon Menery tweeted out the body’s approach to the new card.

While abnormal, the Rules Committee’s full ruling spells out a good argument for acting so fast: to shut down speculative buying for the “must play.”

We’ve never banned a card before its street release date, but we feel strongly compelled to do so for Lutri, the Spellchaser. It is a card unlike any other in Magic’s history. While we are firm believers in giving cards their opportunity in the format, it’s clear that Lutri would be banned almost immediately.

It doesn’t have an opportunity cost; you don’t have to sacrifice a spot in the 100 in order to play it—meaning if you have the card and are playing the right colors, you can simply include it. It becomes a thing we’re not fans of, namely a “must play.” A big part of this decision is that we don’t want players to acquire the card thinking it might remain legal.

There was consideration for letting it loose for a quarter with the likely plan to ban it later just in case it was as bad as we thought, because from where we sit, Lutri as a 101st card is intensely problematic. In the end, this is a special case, and we think that the conservative approach is the better option.

The IKO set will be released digitally on April 16, but the tabletop launch has been pushed back to May 15.