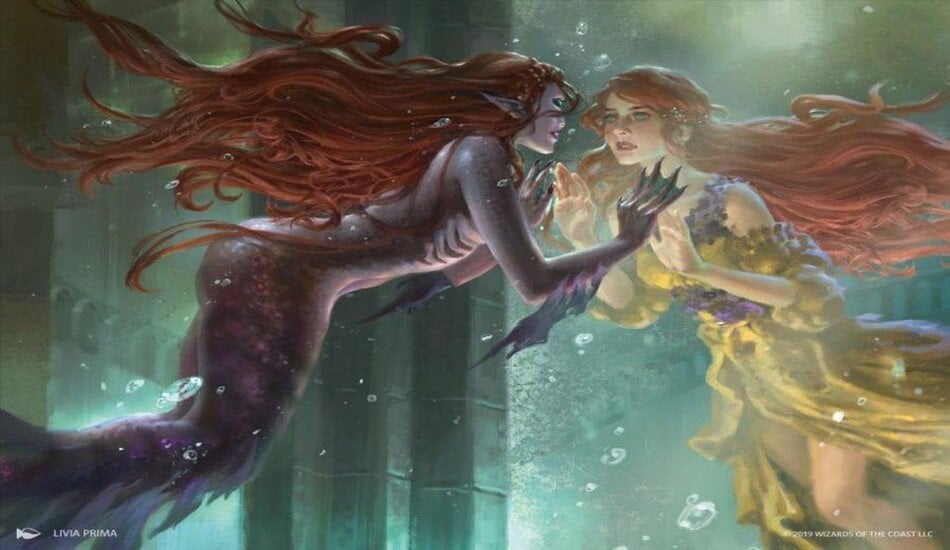 The first Magic: The Gathering spoiler of the week from Throne of Eldraine has dropped and it’s a blue counterspell that targets other blue cards.

Magic players don’t often see cards that “hate on” their own color, but Mythical Dispute in Throne of Eldraine (ELD) does exactly that. Replacing the infamous single mana cast Spell Pierce (Ixalan), Mythical Dispute counters another blue spell for one (blue) mana as long as the opponent is casting a blue card. 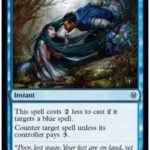 Despite being able to counter Teferi early on in a match, Mythical Dispute likely won’t see play in Standard past the sideboard. But it’s still early in the ELD spoiler season. If Mono-Blue, Esper, Simic, or Izzet decks get a burst of hot quick drop cards, Mythical Dispute could see more action.

Mythical Dispute, for now, is a counter worth having against Esper and Izzet decks in the sideboard. It works early on in a match against an opponent playing blue and serves as a good counter later in the game.

The Throne of Eldraine expansion containing Mythical Dispute is set to be released on Oct. 4. Digital players via MTG Arena will have a chance to test out its worthiness beginning on Sept. 26.