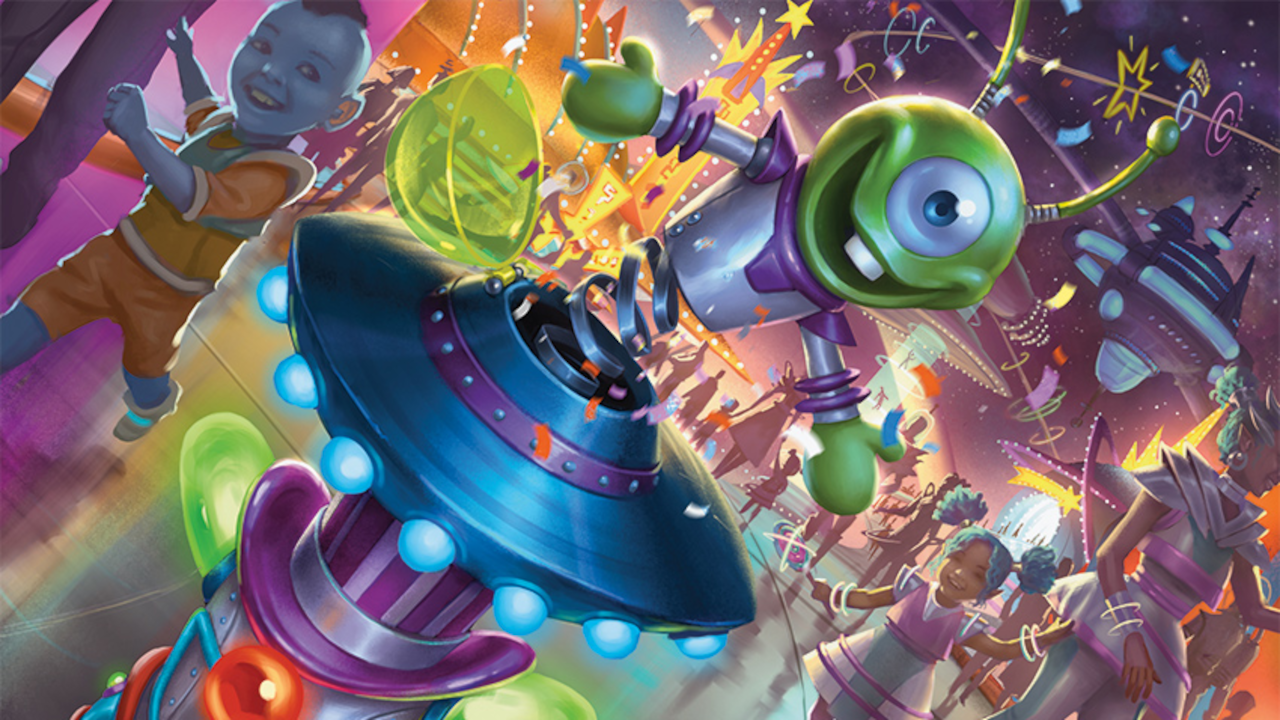 Magic: The Gathering’s newest addition to the comedic -un series, Unfinity, is delayed until the second half of 2022, Wizards of the Coast announced on Weekly MTG.

Unfinity was scheduled to release on April 1 but has been delayed due to pandemic-related supply issues. There isn’t a new release date available at this time, but the new release window is the latter half of the year.

This set was going to bridge the release gap between Kamigawa: Neon Dynasty in February and Streets of New Capenna later in the spring and early summer. The shift will push Unfinity to release alongside Dominaria United and The Brother’s War in the fall and winter.

Unfinity’s April Fools’ Day release was in line with the set’s wacky and experimental design. This -un release takes place in a space carnival and includes both constructed legal and non-constructed legal cards for the first time in the series’ history.

Wizards revealed a handful of cards from Unfinity in November that includes a new dice-rolling commander, The Space Family Goblinson, and a combo-enabler removal spell Saw in Half.

Despite Unfinity‘s delay, the first half of 2022 is still packed with big releases. Neon Dynasty and New Capenna are the two Standard-legal sets, but there are two non-Standard sets planned for an early-to-mid 2022 release.

Innistrad: Double Feature is a special Limited format that combines Innistrad: Crimson Vow and Innistrad: Midnight Hunt into a single experience. All of the cards in the set have a special black and white art style. This will be released on Jan. 28.

Commander Legends: Battle for Baldur’s Gate is the second Commander Legends release and another foray into the Dungeons & Dragons universe scheduled for the spring of 2022.