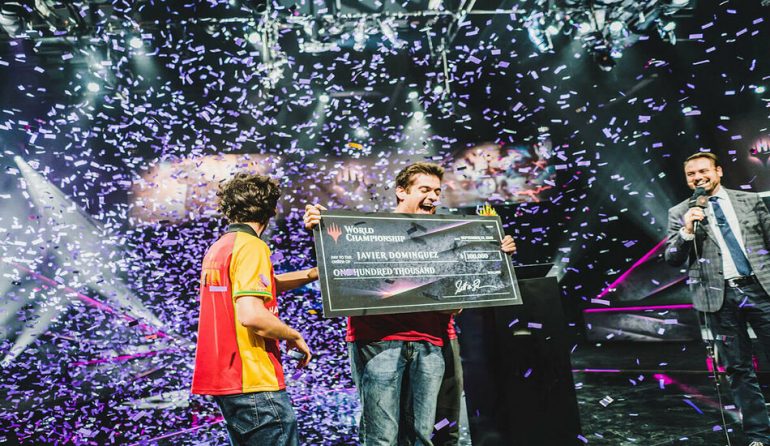 Magic: The Gathering Twitch viewership hit an all-time high during the first Mythic Invitational and continues to show growth over previous years when streamed in an esports format.

Many people assumed that the Mythic Invitational viewership numbers were a fluke when the stream hit a record-high 149,000 peak viewers. And while views have dropped significantly since then, the esports events streamed on Twitch are doing significantly better than live tournaments using physical cards.

The MTG Mythic Championship in Cleveland pulled in 55,000 peak views, while the second MC in London only peaked at 25,000. Considering the controversy surrounding Yuuya Watanabe’s disqualification on day two of Mythic Championship II, the decrease in peak viewers is surprising. The SCG Richmond Open followed MC II in London, but it also showed a decrease in views with only 19,000 peak viewership.

The following week, however, was the Twitch Rivals Magic: The Gathering Team Draft Challenge on MTG Arena, which brought a huge swing of views. The numbers spiked dramatically compared to the physical card format tournaments, with almost 38,000 peak viewership and 250,000 hours watched over just eight hours of streaming.

MPL Weekly, another MTG esports format being played on MTG Arena, starts on May 11. Streaming every Saturday on Twitch, the series covers 32 Magic Pro League (MPL) players duking it out for a day-one bye at the next Mythic Championship.

The next MTG Mythic Championship III is in an esports format, similar to the Mythic Invitational, and will once again be hosted by Sean “Day9” Potts.