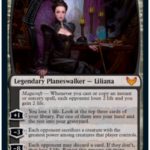 Wizards of the Coast introduced three new Magic: The Gathering mechanics today that are coming in the Strixhaven: School of Mages set.

Scheduled to release in April, the Standard-legal Strixhaven (STX) set will feature a static ability called Magecraft. It will also contain a new mechanic known as Lesson and Learn.

Revealed during the STX spoiler stream today, these mechanics are on a number of cards within the new set. It was also announced that modal double-faced cards (MDFCs) will make another appearance, but only on cards that have a rarity of Mythic Rare and Rare.

From cashing in bonuses for casting spells to pulling cards from outside of the game, here’s a rundown of the STX mechanics revealed today.

Magecraft is a static ability with a focus on Instant and Sorcery spells. Tying into the theme of Strixhaven University and its five colleges, the new mechanic provides players with a bonus whenever an Instant or Sorcery spell is cast. Players can find Magecraft on cards of all rarities and across every color in Magic. 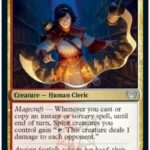 Each of the STX apprentices uses Magecraft and the bonus ties into the style of magic that college represents. Lorehold, for example, focuses on the study of magic, bringing the past back to life via Spirits. The Lorehold Apprentice Magecraft ability provides Spirit creatures you control with the ability to deal one damage to each opponent via tapping when an Instant or Sorcery spell is cast.

Magecraft can also be found on Planeswalkers, like Professor Onyx. Whenever Liliana’s controller casts an Instant or Sorcery, Magecraft takes two life away from each opponent while rewarding her controller with a life gain of two.

Lesson and Learn are STX mechanics that synergize with one another. Lessons are only found on Sorcery spell cards as a card type, while Learn is printed on creatures and other card types. 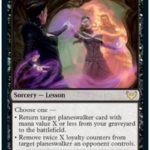 Pest Summoning and Confront the Past, two cards revealed today by WotC, are Sorcery Lessons. Players will likely place Lesson cards within their sideboards since Learn—revealed through Professor of Symbology—allows players to access a Lesson from outside the game.

A cycle of Lesson cards representing each of the five colleges will be in STX, according to WotC. Cards featuring the mechanic Learn will have more of an individual design to them, found on rarity cards like Uncommon, Common, and Rare. Draft booster packs will contain at least one Lesson in each pack, allowing Limited players to use the new mechanics to their full potential.