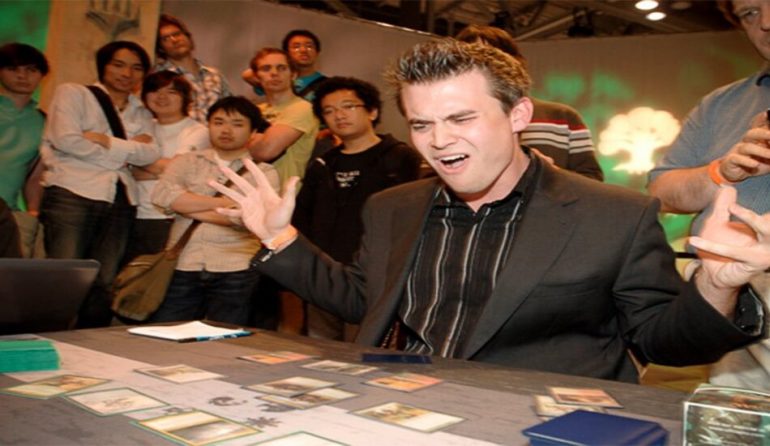 Image via Twitter @bmkibler Brian Kibler and Magic: The Gathering

Magic: The Gathering Pro Brian Kibler has stepped up to help MTG players achieve their goals at a Mythic Championship by donating to their GoFundMe pages.

Multiple GoFundMe pages have been popping up over recent months with Magic: The Gathering players who won Mythic Championship Qualifiers (MCQ) but couldn’t afford the airfare and hotel costs. Kibler, regardless of whether he feels Wizards of the Coast is in the right or wrong,  believes in making dreams come true—donating to every legitimate MTG player with a GoFundMe page.

Lost in the crowds of up and coming Magic: The Gathering players is sixteen-year-old Pedro Oriani, who earned a qualifying seat at Mythic Championship IV in Barcelona. Oriani placed 26 at the Grand Prix in São Paulo and then went on to win a weekly MCQ Standard event on Magic Online.

Like many new MTG players, Oriani doesn’t have the funds to purchase a ticket to Barcelona, or even afford a hotel during the course of the three-day tournament. Kibler can empathize with teenagers like Pedro Oriani and his story, as he remembers what it was like at 15 to travel for Magic: The Gathering while his mother covered the costs.

The problem goes beyond new players winning an MCQ event to attend a Mythic Championship. Even the Pros find it difficult to justify spending the money for flights and hotels. Most Mythic Championships only guarantee a payout of $500, with those in the top 16 earning a majority of the prize pool. For an MTG player who qualified in New York, a ticket to Barcelona would cost over $1,000.

Thankfully, Pros like Brian Kibler are leading by example until Wizards of the Coast figures out a system that is fair and reasonable for all Magic: The Gathering players. To donate towards an MTG player with a legitimate GoFundMe page, scroll the comments section in Kiblers Tweet—there’s plenty to choose from.